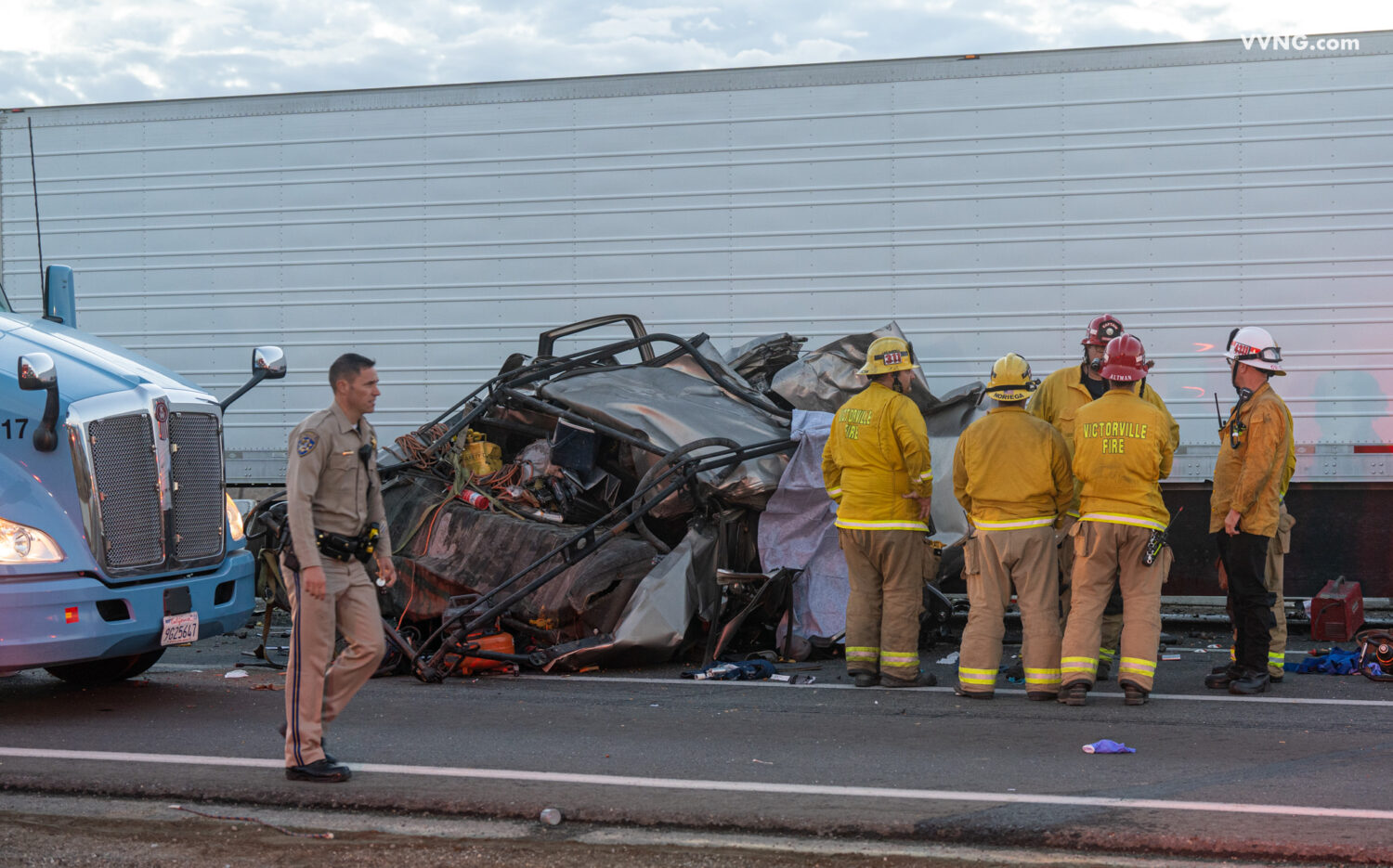 VICTORVILLE, Calif. (VVNG.com) — The southbound I-15 freeway in Victorville was closed for several hours after an early morning double-fatal traffic collision.

The crash involved two tractor-trailer semis, a white van, and an unrecognizable work truck, that left all traffic lanes blocked.

Firefighters arrived at the scene and confirmed two occupants were deceased and a third was critical. They used extrication tools to remove the critical patient and a helicopter was requested to respond to the scene. A Mercy Air helicopter out of Big Bear landed on the I-15 freeway and the injured male was airlifted to Antelope Valley Hospital.

According to a family member who spoke to VVNG at the scene, the work truck was occupied by three men that were on their way to work in the Inland Empire.

The accident prompted a hard closure of the southbound I-15 freeway at Bear Valley Road, causing traffic to back up for miles. All the lanes were reopened at about 10:30 am., and CalTrans was advised about k-rails that were damaged.

The cause of the accident is currently under investigation by the Victorville CHP station.

The family of those involved arrived at the scene shortly after the crash. The only survivor from the truck was able to call family and inform them about the accident. CHP confirmed the drivers of the semis and the van were not injured.

Related Topics:15 freewayaccidentvictorville
Up Next

Smash and grab robbery at Nk Jewelers inside Cardenas in Hesperia