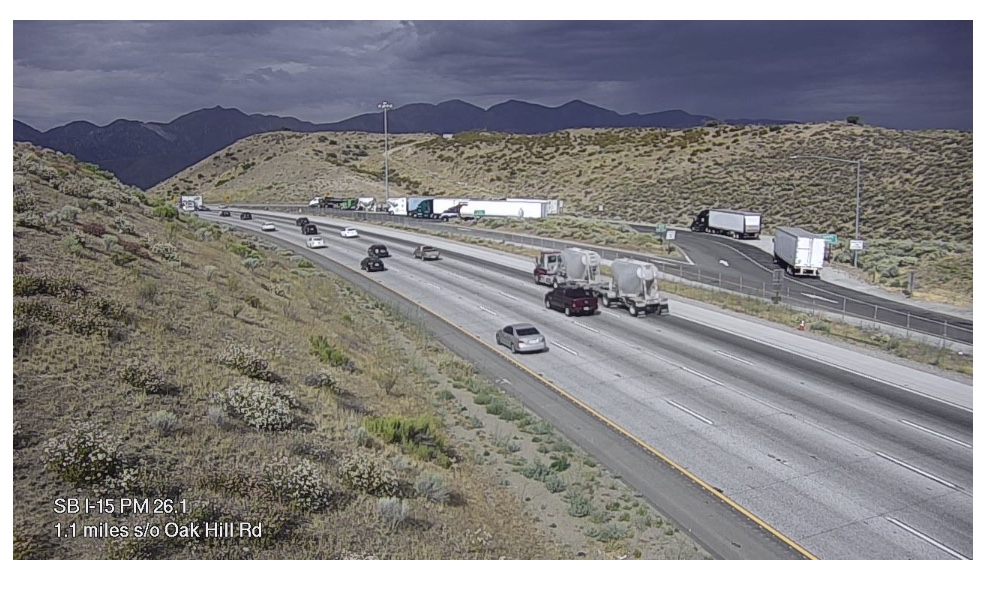 CAJON PASS, Calif. (VVNG.com) — Traffic on the southbound I-15 freeway is flowing once again after an early morning accident caused major delays Thursday.

At about 5:53 am dispatch received reports of an accident involving a motorhome towing an SUV on a utility trailer and a tractor-trailer.

According to the California Highway Patrol incident logs, the Winnabego’s trailer was struck by a truck that pulled over to the shoulder.

The collision caused the SUV to fall from the trailer and separate from the motorhome. Debris scattered across multiple lanes of traffic.

The accident has been cleared up and the roadway is clear, however, residual traffic remains backed-up through the area.