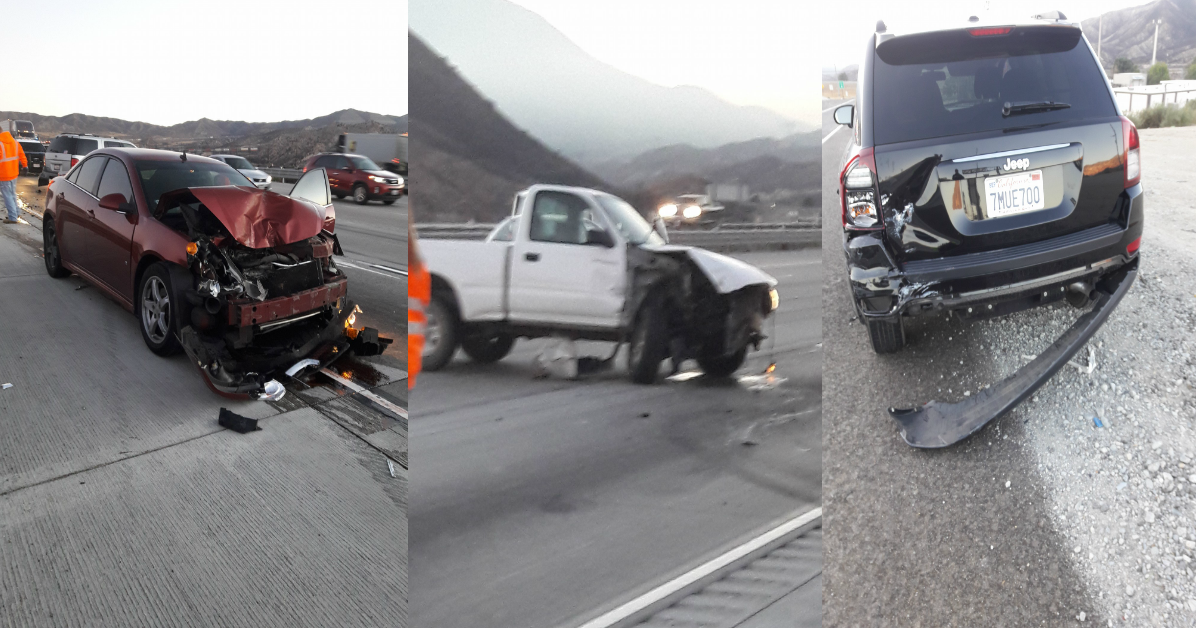 At about 6:19 a.m. officers from the California Highway Patrol responded to the crash and located four vehicles blocking several lanes.

Patrick Michael Punker was the driver in one of the vehicles involved in the crash. He told Victor Valley News his black Jeep was the first vehicle struck by the white Tacoma. He believes the driver of the truck fell asleep.

“I looked in my rearview mirror and saw him coming at a high rate of speed straddling two lanes that’s how I knew he must have been asleep because he didn’t even hit his brakes or make any attempt to avoid the Collision. He bounced off me spun around and hit the guardrail,” stated Michael.

CalTrans has been advised to repair 20 ft of damaged guardrail. (Photo by Patrick Michael Punker)

Michael was rear-ended in a hit-and-run on the 15 freeway last week. “I was literally in a car accident twice in one week.”

As of 8:00 am Southbound traffic remains backed up to Ranchero Road in Hesperia and all the way down to highway 138. Motorist are reporting they’ve added an extra hour to their Wednesday morning commute due to the crash. Summit Valley Road is also experiencing gridlock traffic.

The male driver of the Tacoma was transported by ground ambulance with unknown injuries.