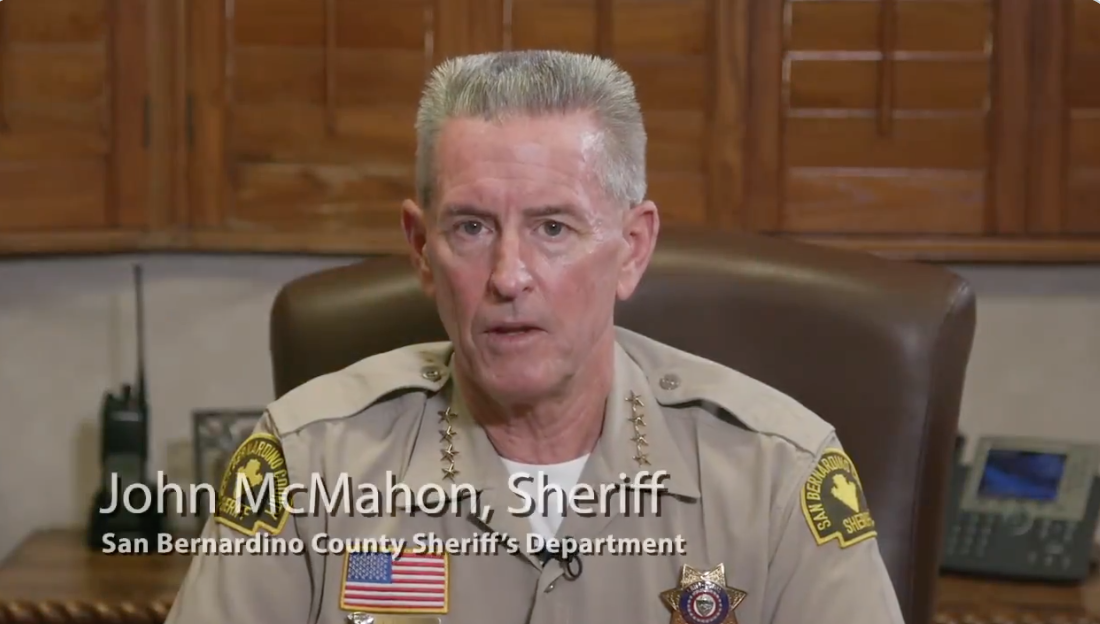 The Sheriff posted a video message and said:

“For the last 36 years, I have been blessed to work with some of the most dedicated and hard-working law enforcement professionals. The 8 1/2 years serving as your sheriff has been an honor and a privilege. A responsibility that I have taken very seriously. It is now time for me to focus on things in my personal life that require the attention of my wife Shelly and I. The community support this department experiences is not taken lightly and we are very grateful for it. We have a talented and well-prepared executive management team that is ready to take our department into the future.”

It has been an honor to serve as your Sheriff for the past 8 1/2 years. Today I announce my upcoming retirement. pic.twitter.com/QrcluyOIEp

John McMahon serves as the 35th elected Sheriff-Coroner of the San Bernardino County Sheriff’s Department and is a long-time resident of the High Desert. On December 31, 2012, he was appointed Sheriff by the Board of Supervisors. The voters elected Sheriff McMahon to his first term in June of 2014.

Sheriff McMahon started his career in 1985, as a patrol deputy at the Needles Station. He has been promoted to every rank in the department and has worked at 15 stations throughout his career.

During his tenure, Sheriff McMahon has implemented long-term solutions to reduce crime and improve the quality of life for the residents of the county. Sheriff McMahon is committed to fairness, strong work ethic, and accountability for all the members of the department. He also recognizes the sacrifices made by every volunteer, employee, and their families.

Sheriff McMahon is honored and privileged to lead the department. He humbly credits his wife, Shelly, and the support of his family, strong faith, and hardworking team for being able to provide the best law enforcement service to the largest county in the nation.