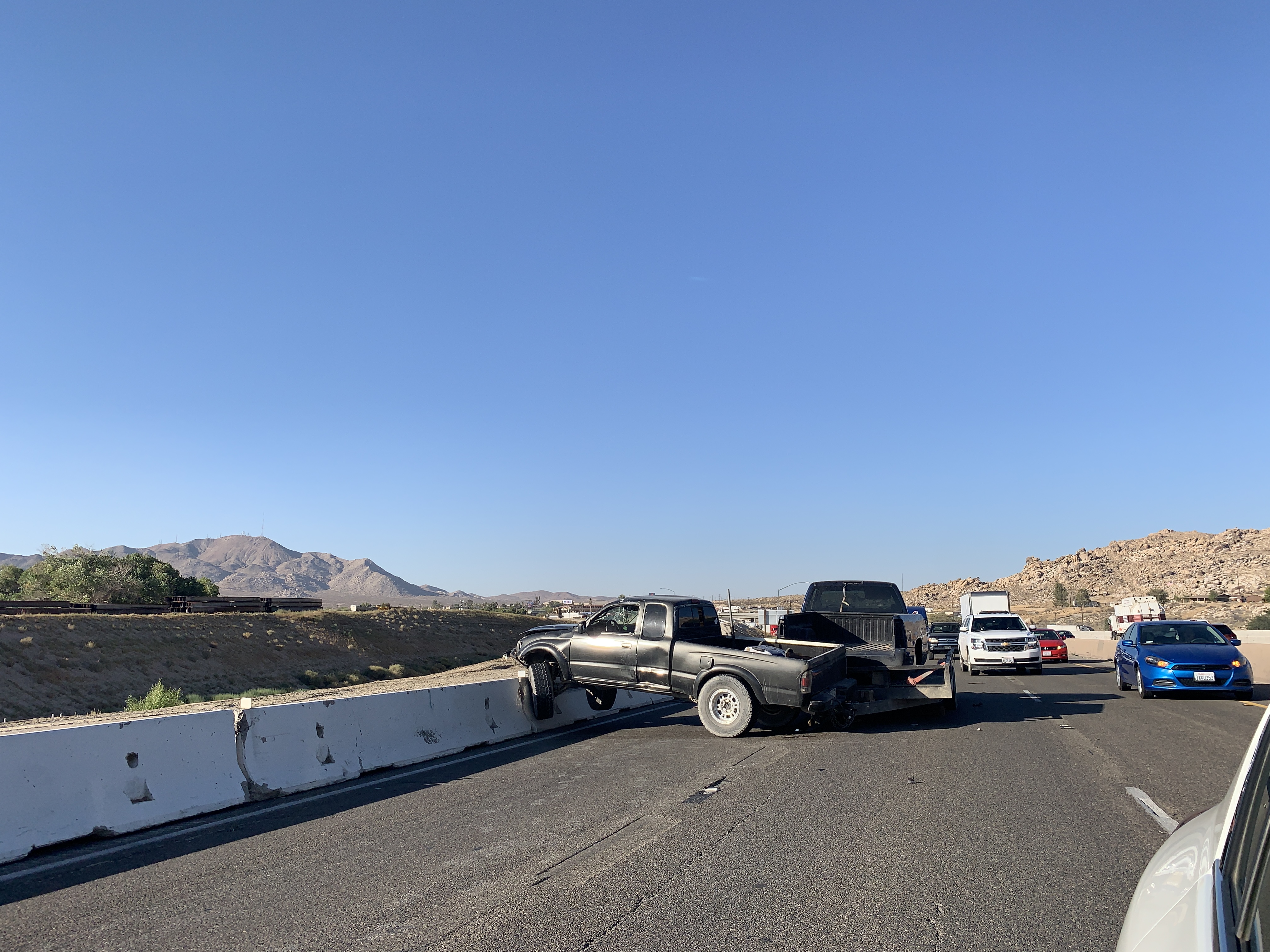 VICTORVILLE, Calif. (VVNG.com) The southbound I-15 Freeway is jammed after a pickup truck hauling a trailer crashed into the center divider.

The incident happened just after 5:30 p.m. on the southbound 15 freeway between Stoddard Wells Road and E Street.

The driver of the involved truck was outside directing traffic prior CHP Officers arriving.

Initially, all lanes of traffic were blocked. But CHP logs indicated that Good Samaritans helped move the trailer.

No other vehicles were involved, and no injuries were sustained.

Expect short delays in the area.