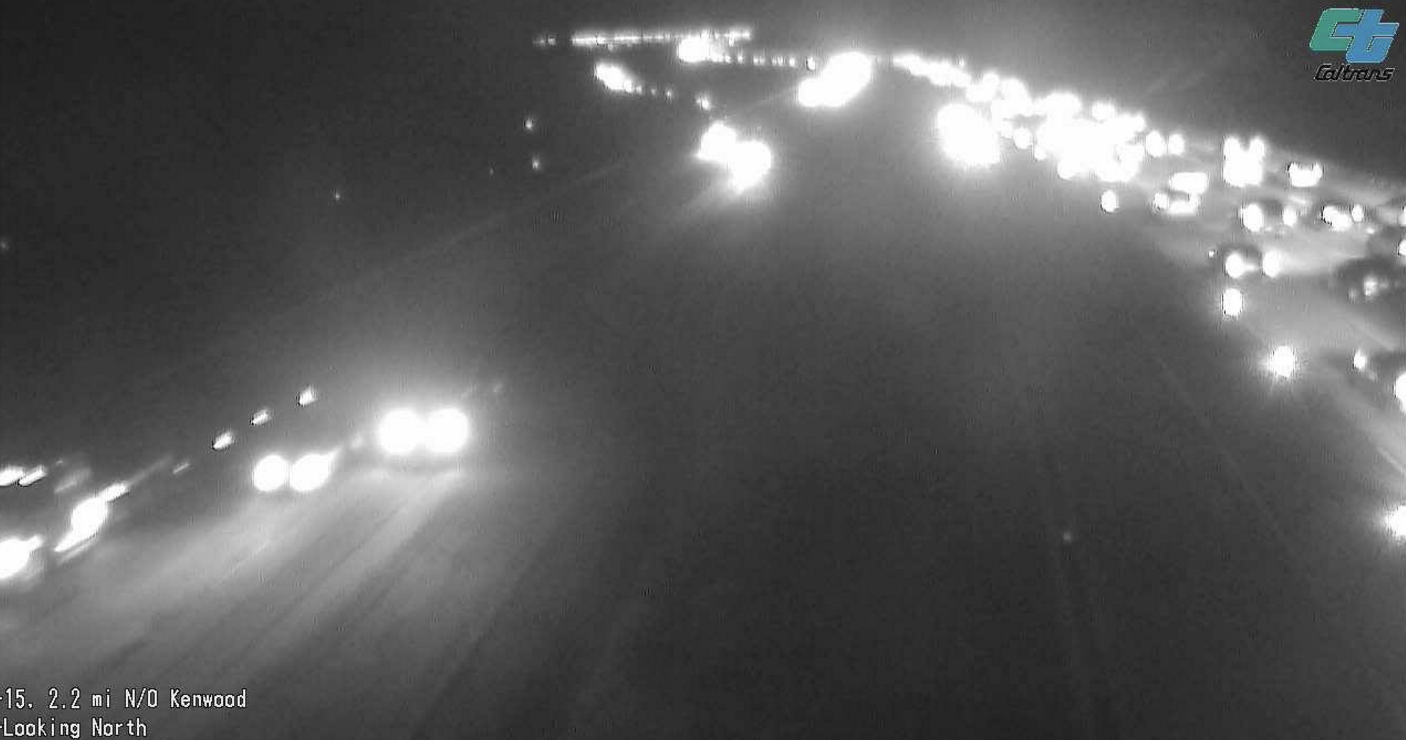 CAJON PASS, Calif. (VVNG.com) A stretch of the southbound I-15 freeway was temporarily closed Sunday night due to a vehicle fire.

At 8:28 p.m., a white pickup truck hauling a trailer caught fire south of Cleghorn Road in the Cajon Pass.

Firefighters arrived and located the truck and trailer fully engulfed on the rights hand-shoulder of the freeway.

According to the California Highway Patrol incident logs, at 8:48 p.m., all lanes were stopped till the fire was out.

The fire was knocked down by 9:30 p.m. and no injuries were reported. The truck was hauling general merchandise and did not pose a hazardous threat, scanner traffic reported.

The incident has caused traffic to back up for approximately 5 miles on the southbound side.

At 8:55 p.m., a separate crash involving a VW Jetta and a Chevy Camaro was reported on the northbound 15 freeway north of Kenwood Avenue. It’s unclear if any other vehicles were involved and injuries are also unknown. The crash caused an already slow “lookie loo” traffic to back up.