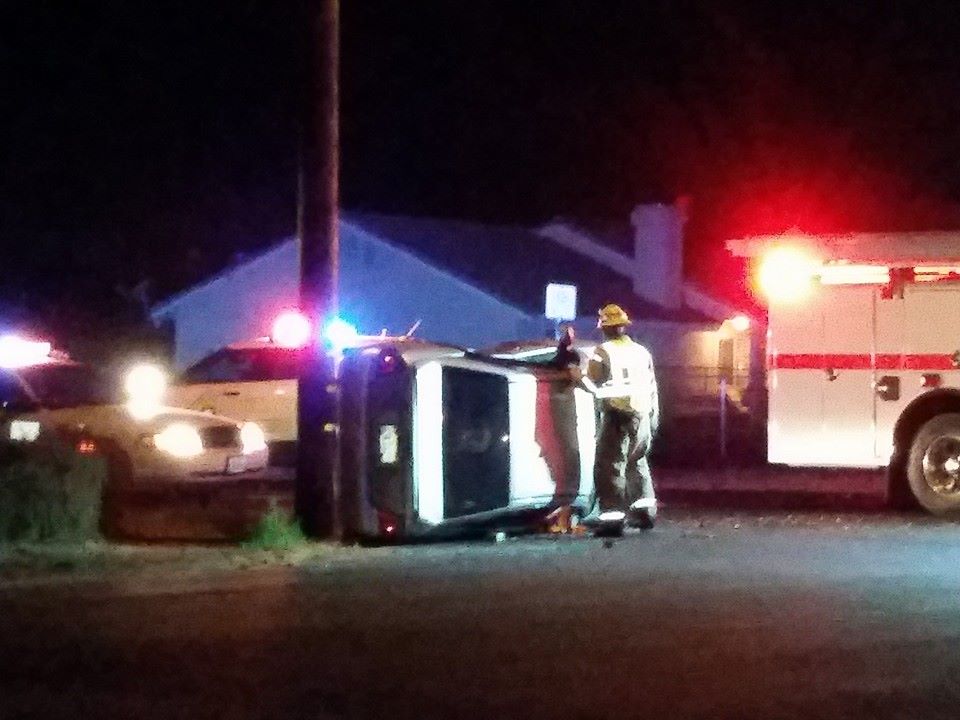 APPLE VALLEY-(VVNG.com): At approximately 8:40 P.M., on Saturday, May 2, 2015 dispatch received a report of a two vehicle traffic collision with one vehicle overturned in the area near Rimrock and Rancherias Road.

The vehicles involved were a silver Ford Focus and a black Lincoln sedan.

According to Ashley Hamilton, the driver of the silver Ford Focus, her and her cousin were returning home after picking up pizza. They were coming down Rimrock Road toward Rancherias Road and her brakes locked causing the Focus to hit the black sedan subsequently causing her vehicle to overturn.

Bystanders came to the aid of the terrified women to help get them out of the overturned vehicle.

“ I was just hoping it wasn’t worse when I was running to help. I was hoping there were no children. But yes thank God it wasn’t too bad everyone did walk away,” said Natasha Cain, a passerby that was first to arrive to the collision.

There were no injuries reported as a result of this collision. “No one was injured I was a little bumped up, but I was fine,” said Hamilton.