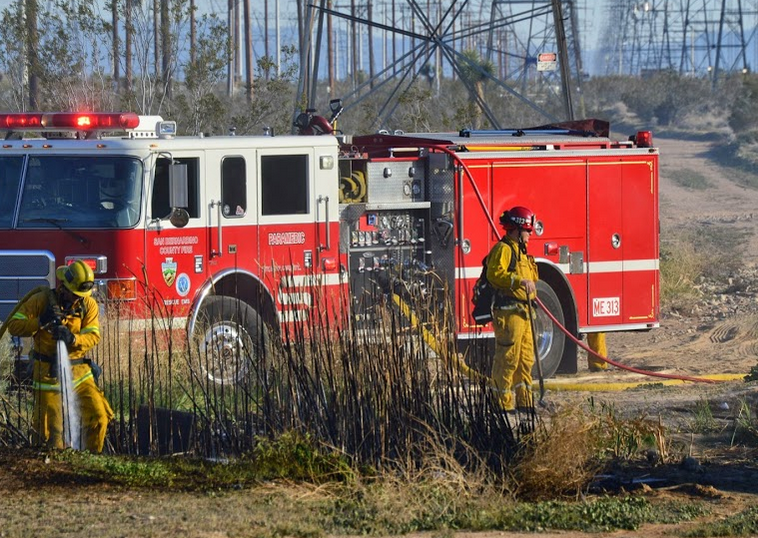 Per scanner traffic, the fire was on a power line close behind homes but according to firefighters was blowing northeast away from structures.

Firefighters on scene reported the wind driven fire to be approximately ¼ acre in size and spreading rapidly, causing them to call for an additional fire engine. Upon arrival, firefighters were hindered due to the difficult access to the area. Within approximately 15 minutes the fire was contained with no damage to structures reported.

County Fire responded with a total of 30 personnel including 4 engine companies, 1 crew foreman with 14 inmates, 1 battalion chief and a fire investigator.

Ground crews remained on scene “mopping up” for 1-2 hours after the fire was declared contained.

The Cause of the fire is currently under investigation by the Office of the Fire Marshal. There were no injuries to civilians or firefighters and there was no damage to any structures.

[box type=”info” align=”aligncenter” ]County Fire would like to remind residents that as temperatures increase we have an increased threat of wildland fires. An abundance of annual grasses from winter rains are now beginning to dry out. These dry grasses become fuel for a potential wildland fire. Your County Firefighters train hard and make countless preparations to be ready for a wildfire. Residents need to do that same. For more information on how to be prepared for a wildfire go to www.sbcfire.org[/box] 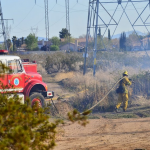 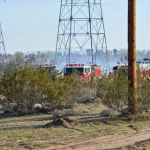 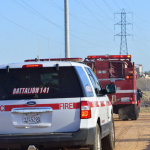