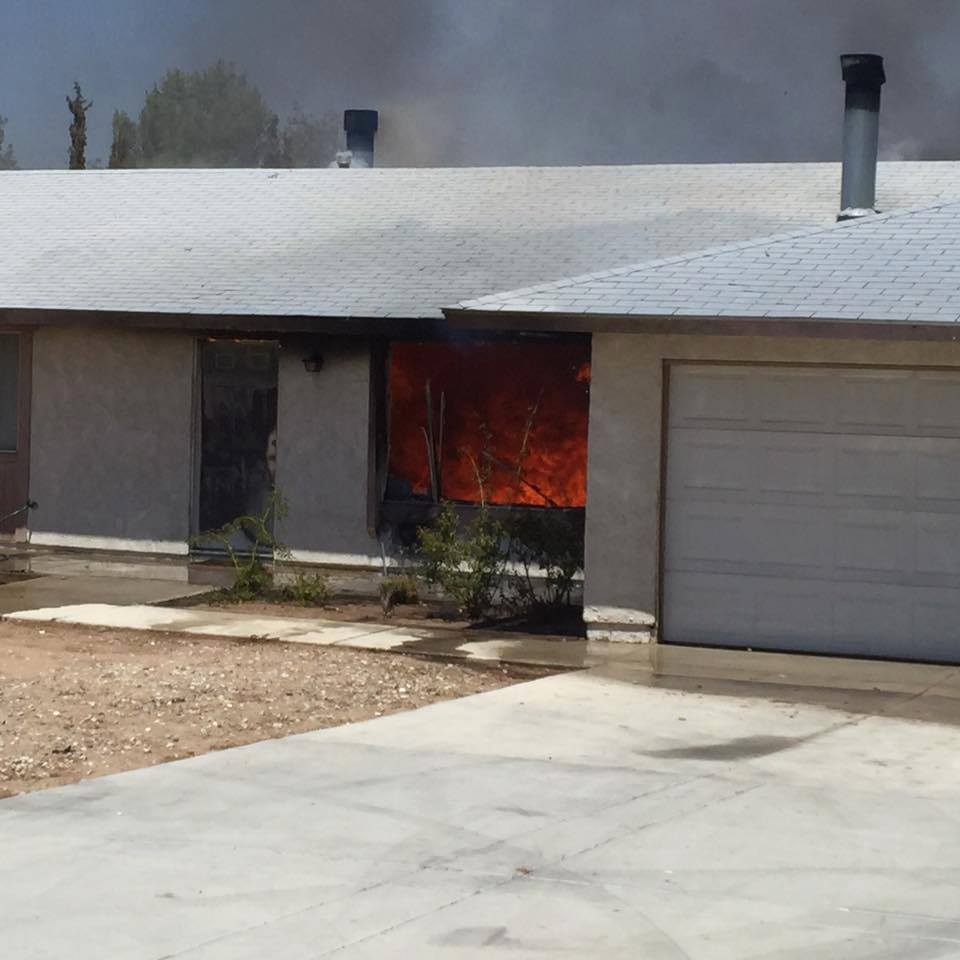 HESPERIA-(VVNG.com): At about 2:20 p.m. dispatch received a report of a fully involved single family home in the 7500 block of I Avenue in Hesperia. Upon arrival to the approximately 1400 square foot home firefighters from the San Bernardino Fire Department reported heavy smoke and fire showing from the front of the single-story home.

The firefighters attacked the blaze in defensive mode gaining control of it just before 2:50 p.m.  They continued with salvage and overhaul after extinguishing the fire.

“Renters arrived home as the fire department was packing up.” said Vicky Boyd on a Victor Valley News Facebook group post.  Red Cross was called to assist the residents displaced by the afternoon fire. There were no injuries reported as a result of this incident and at this time, the cause of the fire is still under investigation. The estimated damage is approximately $100,000. 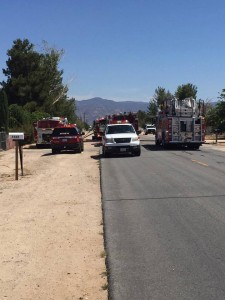 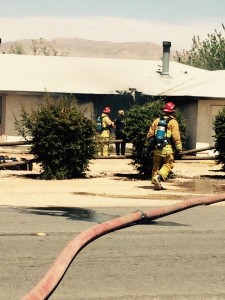 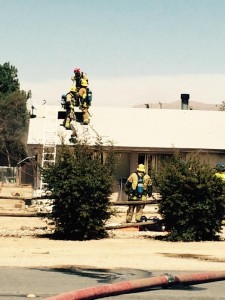