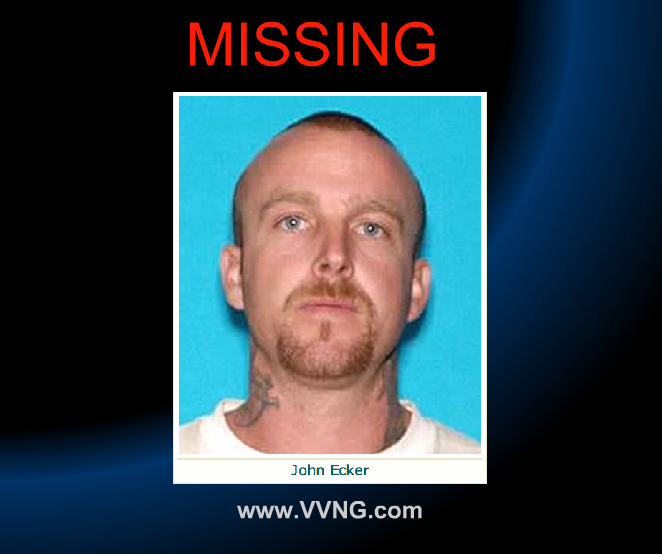 UPDATE: On January 7, 2014, at approximately 5:45 AM, a male matching John Ecker’s description walked into a convenience store located on the 45000 block of Dillion Road, in Coachella.

The store clerk recognized the man as matching the description of John Ecker from a flyer he received from the Ecker Family. The clerk called Riverside County Sheriff’s Dispatch and a deputy responded to the scene.

The deputy contacted the man and identified him as John Ecker. John Ecker has been reunited with his family and foul play is no longer suspected, according to a release.

SAN JACINTO: On January 6, 2014, officers from the San Jacinto Police Department responded to a suspicious circumstance at a residence on the 600 block of East Old Second Street, San Jacinto.  The resident reported she was unable to contact her husband who left for work earlier in the morning.

Numerous attempts to contact and locate 35-year-old, John Ecker were unsuccessful.  Investigators suspected foul play may be a factor.

John Ecker is a white male adult, 5 feet, 9 inches tall.  He has short blond hair and blue eyes.  John Ecker also has visible tattoos on both sides of his neck.  His 2013, white GMC utility truck is also missing. The vehicle’s license plate is CA, 73016F1. The utility truck has a “Ecker Concrete” logo and business information on both the driver and passenger side doors.

Anyone with information regarding the whereabouts of John Ecker is encouraged to call the San Jacinto Police Department at (951) 654-2702 or Riverside County Sheriff’s Dispatch at (951)776-1099.