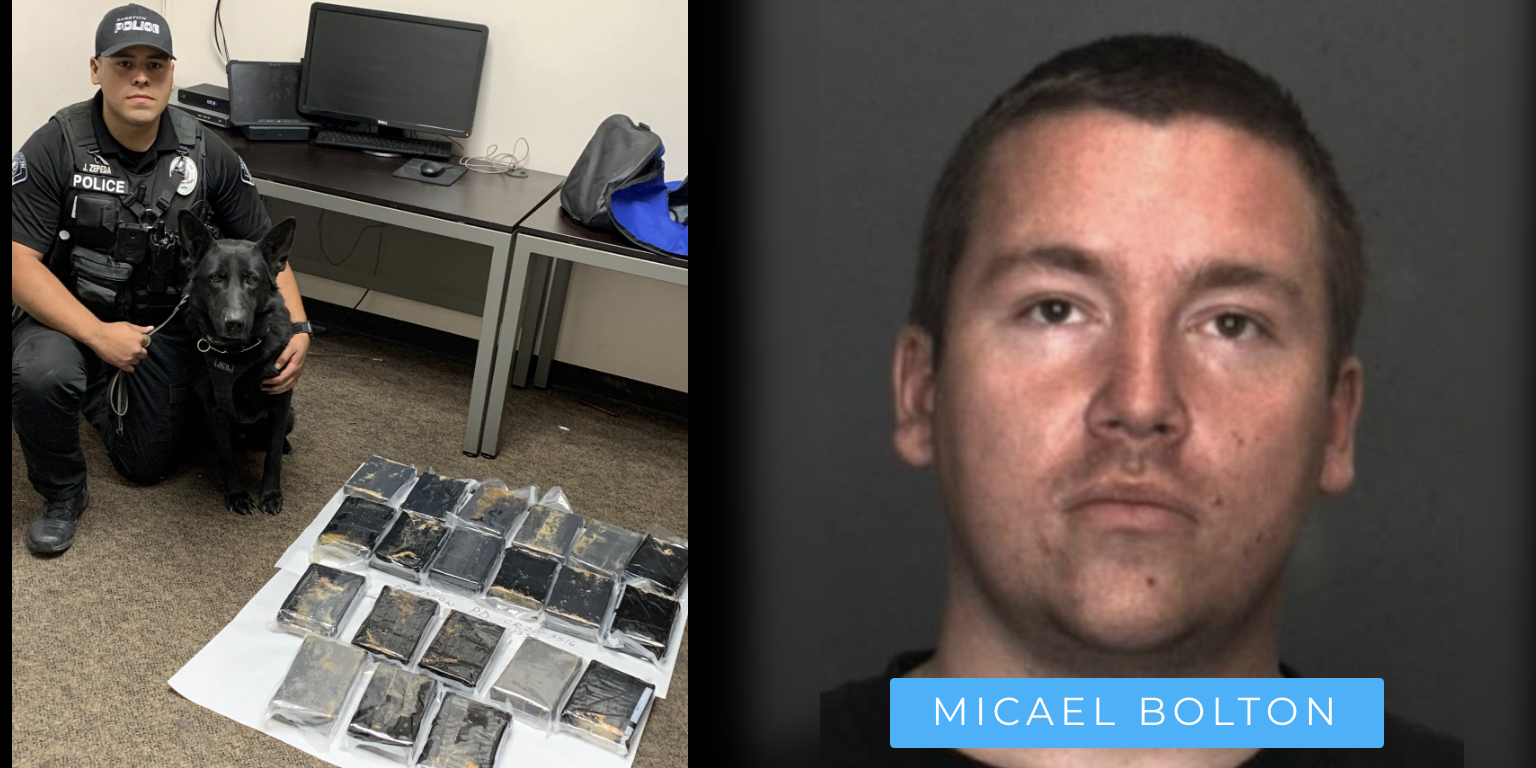 BARSTOW, Calif. (VVNG.com) — A 25-year-old truck driver from San Diego was arrested after police found 20 kilograms of cocaine estimated to be worth half a million dollars inside his cab, officials said.

On Friday, October 2, 2020, at approximately 6:50 p.m., Barstow Police Department K-9 Officer Juan Zepeda conducted a traffic stop of a semi-tractor and trailer for a vehicle code violation at the northbound I-15 off-ramp at Avenue L.

As Officer Zepeda contacted the driver identified as Micael Lange Bolton he observed that he was extremely nervous.

According to a news release, “while an officer was writing Bolton a citation for the vehicle code violation, Officer Zepeda had his K-9 partner Logan sniff the exterior of Bolton’s vehicle. As Canine Logan sniffed the passenger side of the cab he alerted on that area, which indicates the presence of illegal drugs.”

Officer Zepeda then conducted an interior search of the vehicle and located a duffle bag that contained twenty individual vacuum-sealed packages of suspected cocaine.

An in-field test of the package contents reacted positive for cocaine.

Officials said the suspected cocaine packages were collected as evidence and weighed approximately 20 kilograms total, which has an estimated street value of $500,000.00.

According to booking logs, Bolton’s bail is set at $2,050,000 and is scheduled for arraignment in a Victorville courtroom on October 6, 2020.