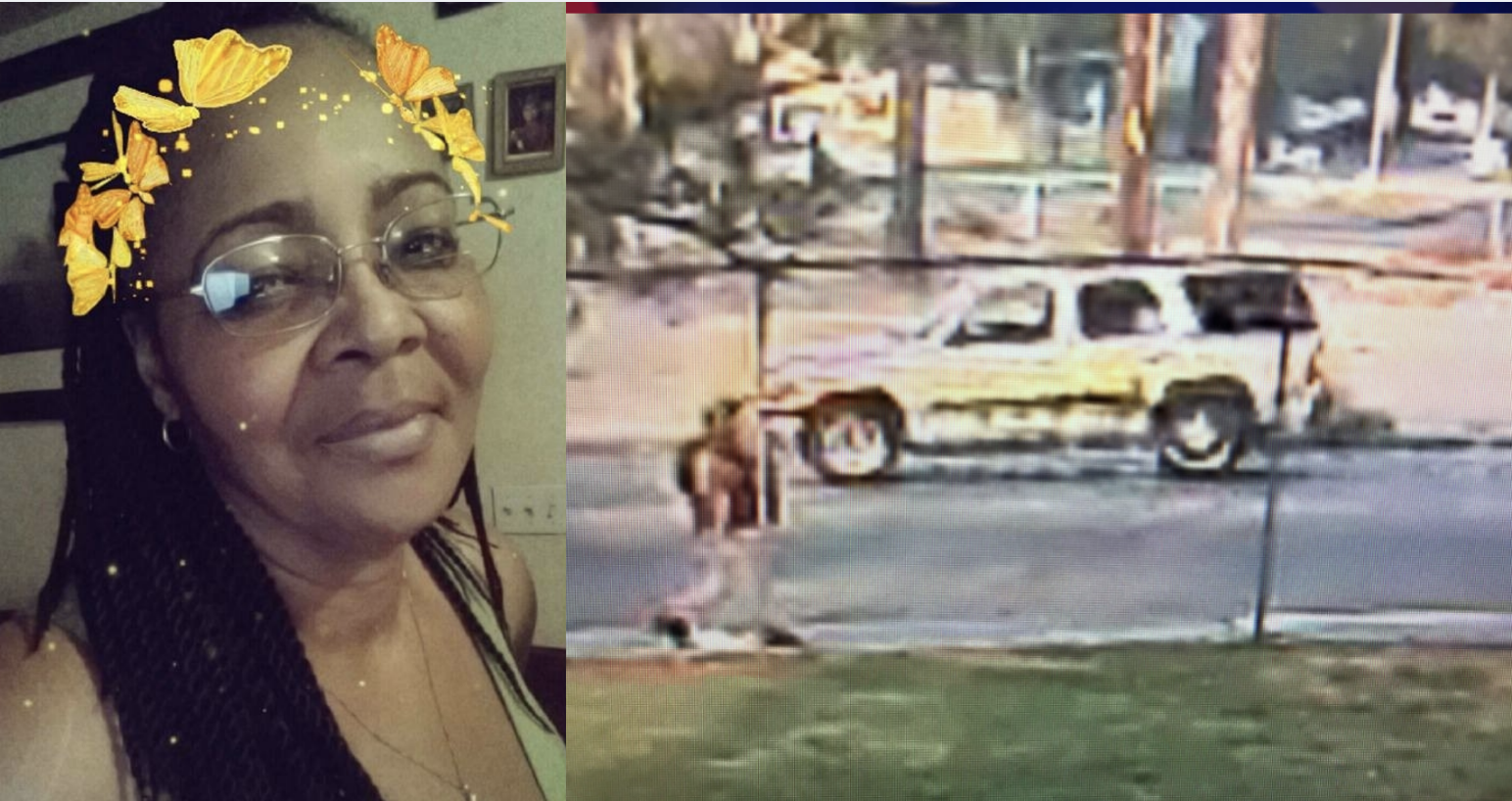 The suspect, Charlean Larue Welch, 55, of San Bernardino was arrested by Officers with the California Highway Patrol at 10:38 am, on Monday, October 8, 2018.

Maldonado, a student at San Bernardino High School was walking to school on the morning of September 28, 2018. As she attempted to cross the street in a marked crosswalk, near Pacific Street and Glasgow Avenue she was struck by a 2000 Chevy Suburban that fled the scene.

CHP officials said the tan-colored SUV was traveling in the no. 2 lane at an estimated speed of 40 to 50 mph when Maldonado was hit.

The driver, described as an Adult Hispanic or African-American female, wearing eyeglasses, brown hair, and heavy-set, never stopped to check on the teen who later died at a nearby hospital.

According to booking logs, Welch is charged with PC192(C)(1) Vehicular Manslaughter with Gross Negligence and VC20001(A) Hit and Run causing Death/Injury. Her bail is set at $100,000 and she’s scheduled for arraignment in a San Bernardino courtroom on October 10, 2018.

“We want to thank our partners in the media who broadcasted the information we disseminated and all the citizens who called in and used social media to provide information. Our investigators worked day and night, without ceasing, to locate the vehicle and the driver, with very little information to work with in the beginning,” stated CHP officials in a news release. 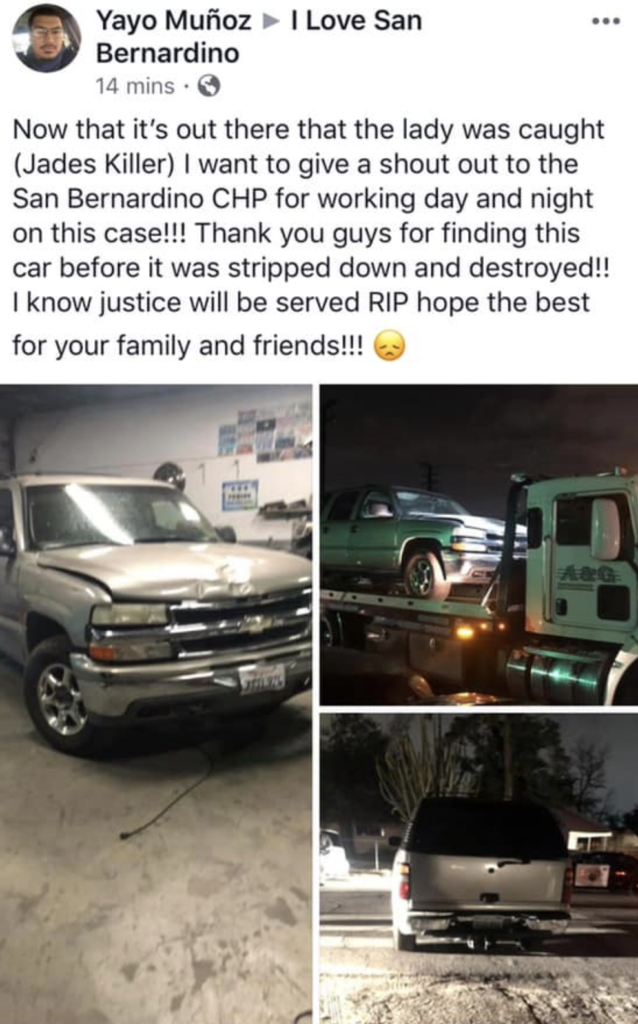