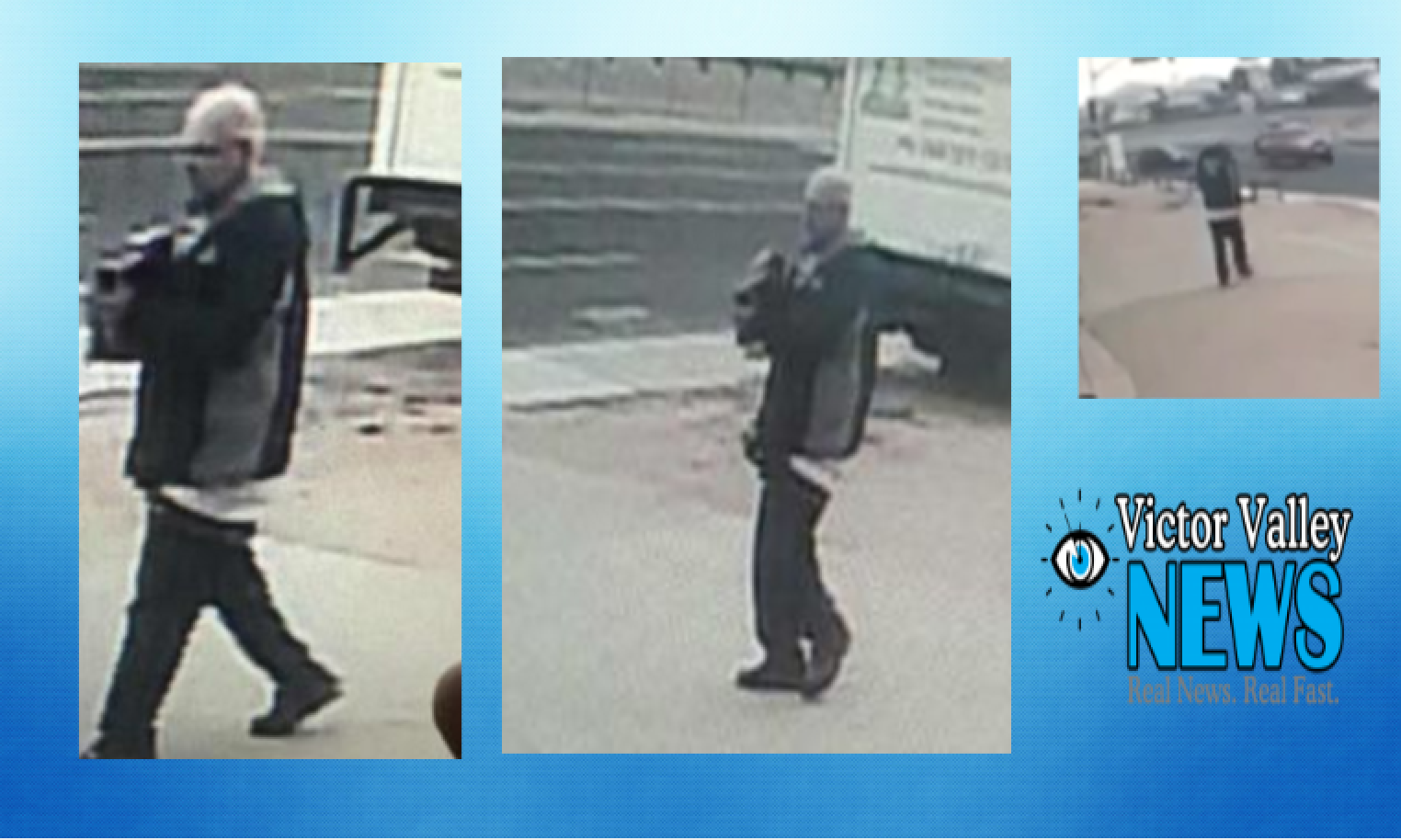 VICTORVILLE-(VVNG.com): Sheriff’s deputies from the Victorville Station are asking the public for help to identify a man who burglarized the home of a San Bernardino Inland Regional Center shooting survivor. The burglary took place just days after the shooting when Natassa Torralbo left her home in an attempt to collect items law enforcement made her leave behind following the shooting. After retrieving her belongings, she planned to attend a memorial in remembrance of the 14 that lost their lives as a result of the December 2nd mass casualty shooting.

During the time Torralbo was away from her home, the suspect was caught on surveillance footage from her neighbor’s cameras breaking into her home in broad daylight. The man can be seen on the footage casually leaving her home with several of the belongings from her home.

The items stolen from her home included sentimental jewelry pieces, a suitcase, a Los Angeles Kings jersey, mailbox keys, and a handgun. Anyone that has any information is asked to contact the San Bernardino County Sheriff’s Department, Victorville station at (760) 245-4211.

If you recognize this person you are urged to contact the Victorville Sheriff’s Department.