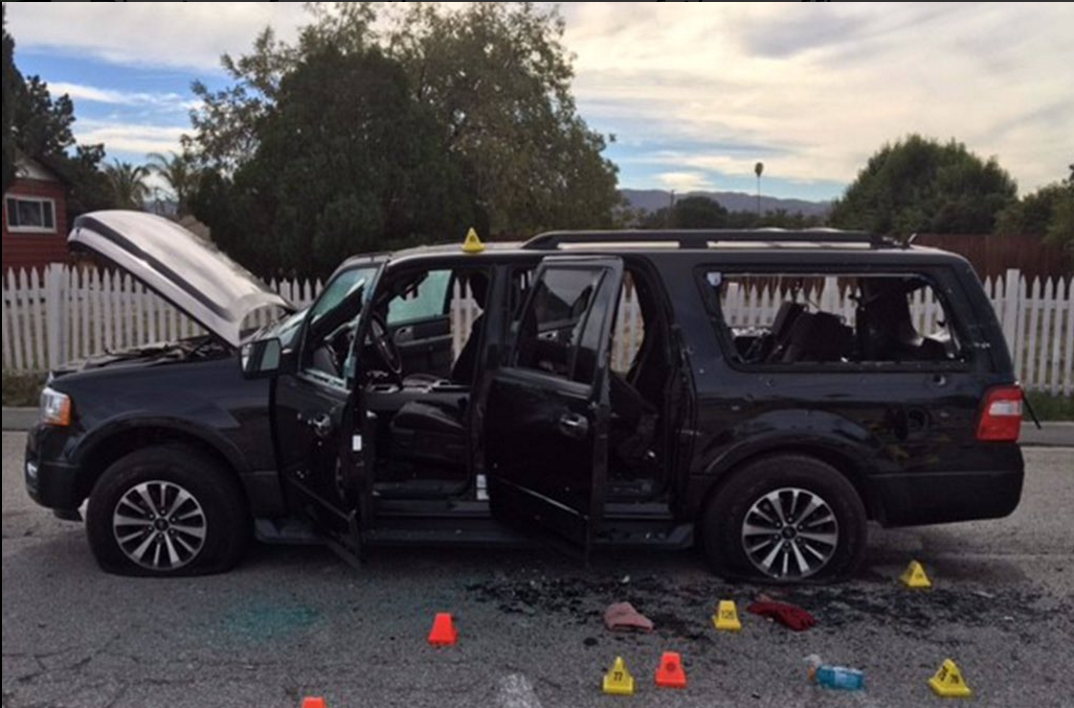 San Bernardino-(VVNG.com):  The mass shooting at the Inland Regional Center in San Bernardino the morning of Wednesday, December 2nd is now being investigated as an act of terrorism. Fourteen innocent victims are confirmed dead and at least seventeen were left injured.  The senseless act has left a community shaken and has left many to question the motive. “Based on information and the facts as we know them we are now investigating these horrific acts as acts of terrorism,” said David Bowdich,the assistant director in charge of the FBI during a Friday morning press conference.

The first responder to arrive on scene, San Bernardino Police Department Commander, Mike Madden described the scene as nothing he has ever seen in his career. “It was unspeakable the carnage we were seeing and the fear and panic on people’s faces,” he said. It all happened as the workers from the San Bernardino County Health Department were celebrating at a holiday party in the conference room at the Inland Regional Center. The masked gunmen entered the room wearing tactical vests and carrying extra ammunition. They then shot into the crowded room, while people scattered attempting to reach safety.

Two suspects were later killed in an exchange of gunfire between them and San Bernardino Police. During the gunfire, an officer was hit by a ricocheting bullet and suffered non-life-threatening injuries. The bullet riddled suspect vehicle became disabled and two shooters died as a result of gunshot wounds. The two were identified as Syed Rizwan Farook and Tashfeen Malik, who were husband and wife.

Farook is was born in the United States and he recently brought back his new bride, Malik from a trip to Saudi Arabia. The two reportedly met on an online dating site and upon their return to the United States Malik became pregnant, giving birth to a daughter. Their 6-month old child was, according to CNN reports left with her grandmother during the shooting.

Farook was a San Bernardino County employee for the past approximately 5 years, as a Food Safety Inspector. Farook was at the party, yet some witnesses said he appeared to be nervous and quickly left the party. Shortly after leaving him and Malik returned to commit the barbaric shooting.

Upon investigation of the bloody scene left behind, police located a pipe bomb with a remote detonator at the location. The home of the suspects, which was later searched contained pipe bomb type devices, 4500 rounds of ammunition and 1600 additional rounds in the vehicle used during shootout with police. The FBI is investigating the data on the couple’s apparently destroyed new cell phones.

Sheriff John McMahon asked citizens to stay vigilant reporting anything suspicious in nature. He stated that at this time, there are no credible threats to the region. McMahon said, that he has ordered additional resources to insure the safety of the community and to investigate the shooting. 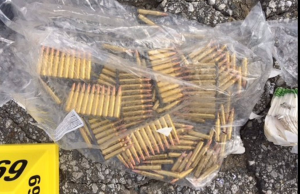 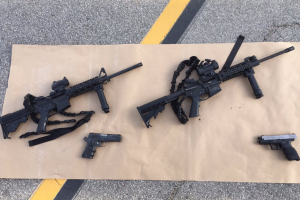 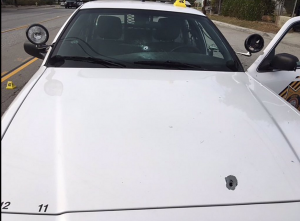 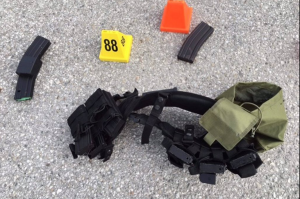