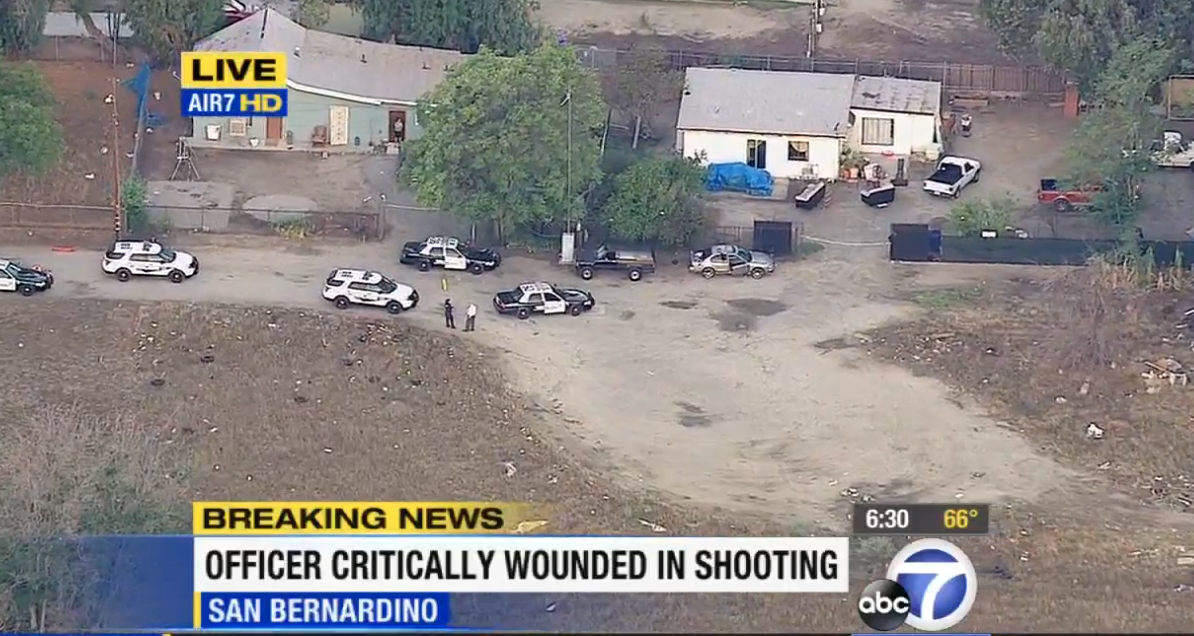 SAN BERNARDINO: A 31-year-old San Bernardino police officer is in grave condition after being shot twice in the head early this morning. Police say the wounded senior officer was shot at by group of 5 men; 1 suspect killed; 4 have been detained and are being interrogated.

The shooting happened on the 1900 block of Garner Avenue. The officer shot is a 6-year field training veteran and was shot at close range using an AK-47. He was no more than 20 feet away. A training officer who had only been on the street for 2 months was with the wounded officer at the time of the shooting. The training officer returned fire wounding the suspect. The gunman later died at the hospital and the wounded officer is currently in critical condition.