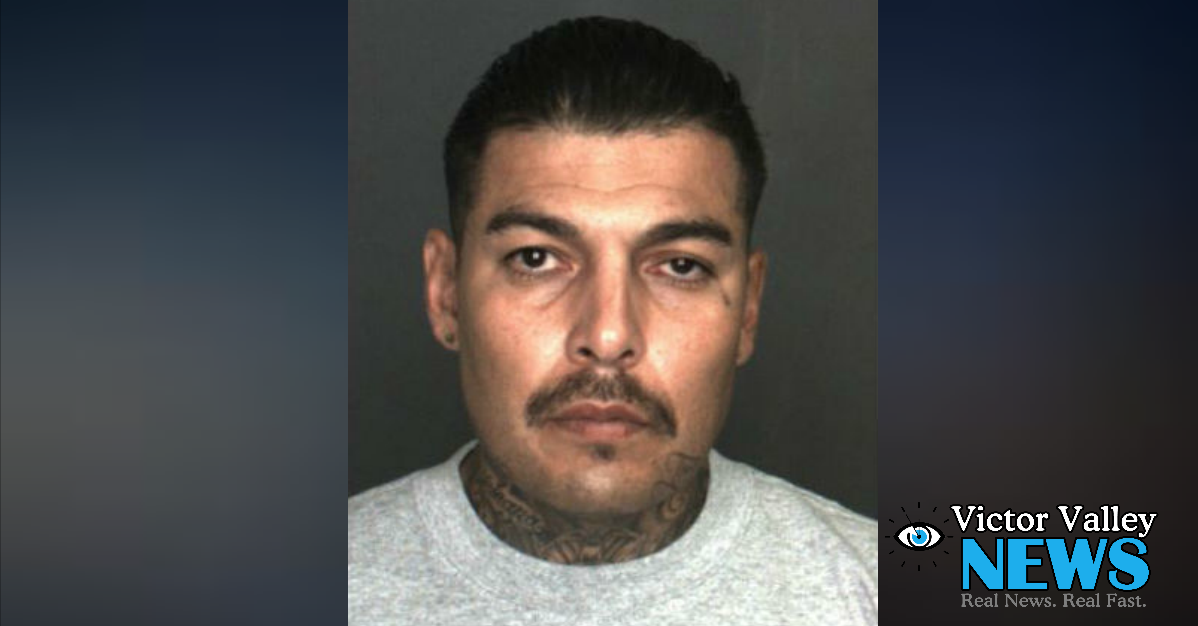 On Thursday, November 10, 2016, at approximately 3:49 PM, the clerk at the Latino Cellular #5, called 911 and reported an armed robbery had just occurred at the location. The victim reported an unmasked, Hispanic male wearing dark clothing with distinctive facial tattoos, had produced a large chrome revolver and demanded cell phones and money. The clerk complied with his demands and gave him the items.

The suspect initially fled on foot and was seen by a witness, leaving the area in a compact, 4 door, dark gray vehicle, driven by a Hispanic female. Detectives from the San Bernardino County Sheriff’s Department Central Station conducted a thorough investigation that resulted in information, identifying Edward Rey JR., as the suspect responsible for the armed robbery.

On Tuesday, November 15, 2016, at approximately 10:30 PM, Rey was spotted at a parking lot in a commercial area, walking toward the vehicle used in the robbery. Rey was taken into custody and arrested without incident. Detectives from the San Bernardino Police Department were notified of the arrest as a result of the investigation and were able to identify him as the suspect responsible for several, similar armed robberies within their city.

Rey has a long criminal history with multiple prior violent felonies and is a convicted felon with prior prison terms. The booking photo of Rey is being released as detectives believe he may be involved in additional robberies in the San Bernardino area.

Anyone with information regarding this investigation is urged to contact Central Station. Callers wishing to remain anonymous are urged to call the We-tip Hotline at 1-800-78-CRIME (27463), or you may leave information on the We-Tip Hotline at www.wetip.com.