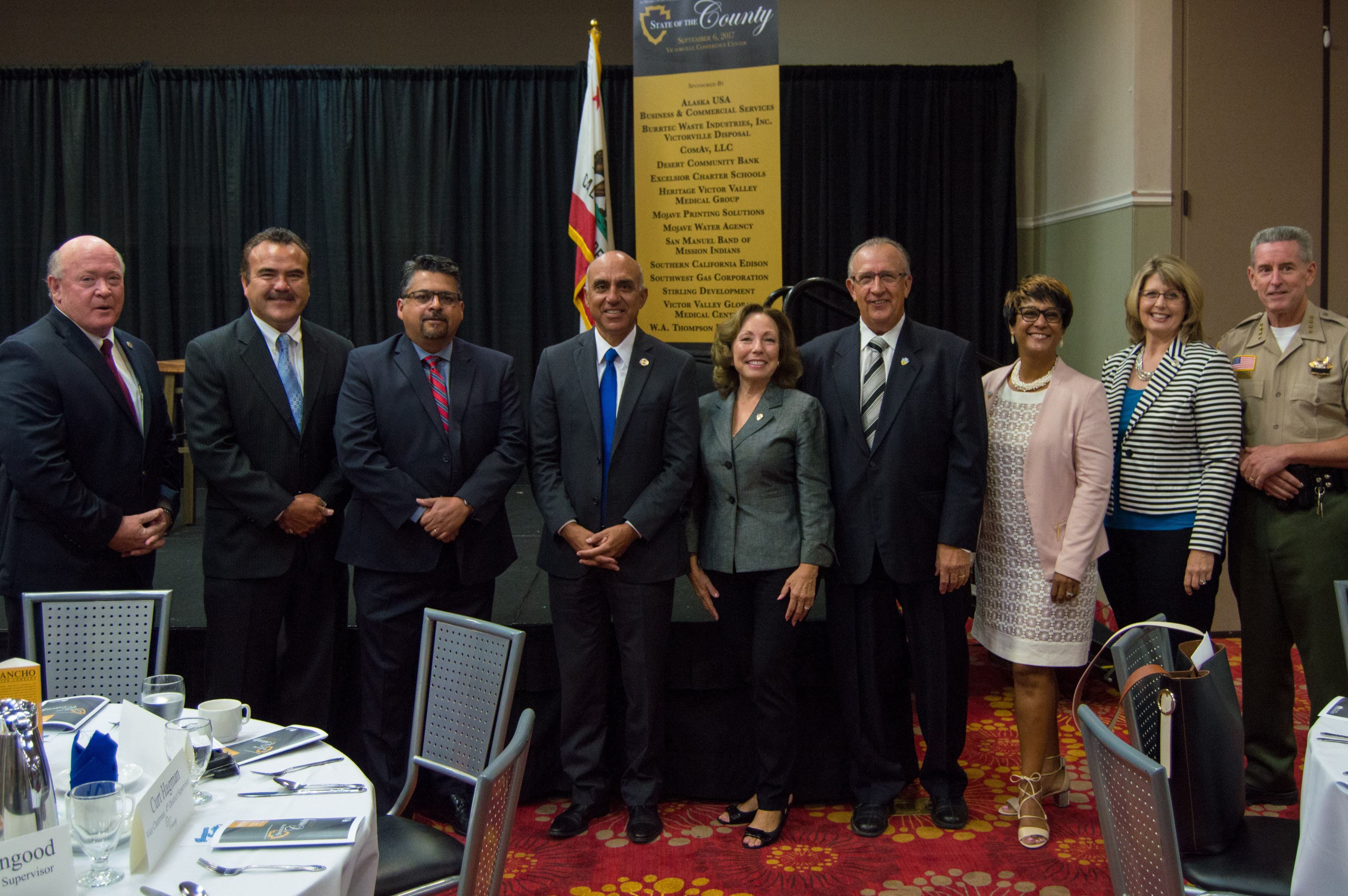 CALIFORNIA – With renewed urgency and $1 million in funding from the San Bernardino County Board of Supervisors, the County Sheriff’s Department will soon launch an intensive countywide effort to go after hardened career criminals, officials said during the “State of the County” presentation hosted by Board Chairman Robert A. Lovingood.

“The Board of Supervisors, all of them collectively, allocated $1 million to public safety to go after the worst of the worst throughout the entire county,” Sheriff John McMahon said during a standing-room only meeting of the Victor Valley Chamber of Commerce. “We have a team put together where we’re going to focus for the next nine months, full time on the worst of the worst. We’ll continue to put the pressure on them, continue to put them in jail, working with (District Attorney Mike Ramos’) staff at the D.A’s Office. If they need to go to prison, that’s where they’ll go.”

In years past, Lovingood has allocated funds for “Operation Desert Guardian,” a series of annual summertime crime sweeps within the High Desert yielding 376 arrests in 2016 alone. McMahon reported that this summer, “Desert Guardian” teams “have been working for the last eight weeks – 16 operational days — going after the worst criminals we have in the High Desert and they’ve put nearly 500 of them in jail over the last 16 work days. They’ve taken 20 illegal guns off the street, identified 70 new gang members. We’re making sure those folks know we’re not going anywhere.”

Lovingood was joined by his colleagues on the Board of Supervisors and other County elected officials. The “State of the County” presentation is a chance for local residents to hear directly from our elected leadership in San Bernardino County.

District Attorney Mike Ramos said he has increased the number of gang prosecutors in the High Desert from zero in 2005 to seven today, along with a supervisor, investigators and victim advocates.

Ramos said once during a phone conversation, Gov. Jerry Brown blamed Ramos for the state’s prison overcrowding problem because of the high conviction rate. Ramos also said his department’s Crimes Against Peace Officers Prosecution Unit served 2,400 victims in its first year and now is being considered by U.S. Attorney General Jeff Sessions as a model for the nation. Ramos also cited renewed efforts to tackle welfare fraud in San Bernardino County. Some fraudsters, Ramos said, have been caught spending welfare funds in casinos.

“So because of Robert Lovingood’s commitment to us in increasing our resources with (County Supervisor Josie Gonzales) and other people on the Board, we now are taking care of business” Ramos said. “We’ve had welfare fraud sweeps. We have arrested over 100 now and we’re getting close to $100 million back in restitution on those welfare fraud thefts.”

Ramos said he is working with County Superintendent of Schools Ted Alejandre to address gang recruitment in schools.

In closing, Lovingood said San Bernardino County Land Use Services Department staff did a tremendous job in working on the Molycorp bankruptcy. The company, which operated the nation’s only rare-earths mine at Mountain Pass, filed for bankruptcy in 2015. Without the hard work of County staff, including County Engineering Geologist George Kenline, taxpayers could have faced an $80 million liability to clean up the site. Instead, the mine is resuming operation under a new owner and is now hiring.

“These are some of the things,” Lovingood said, “you don’t get to hear about that we do.”