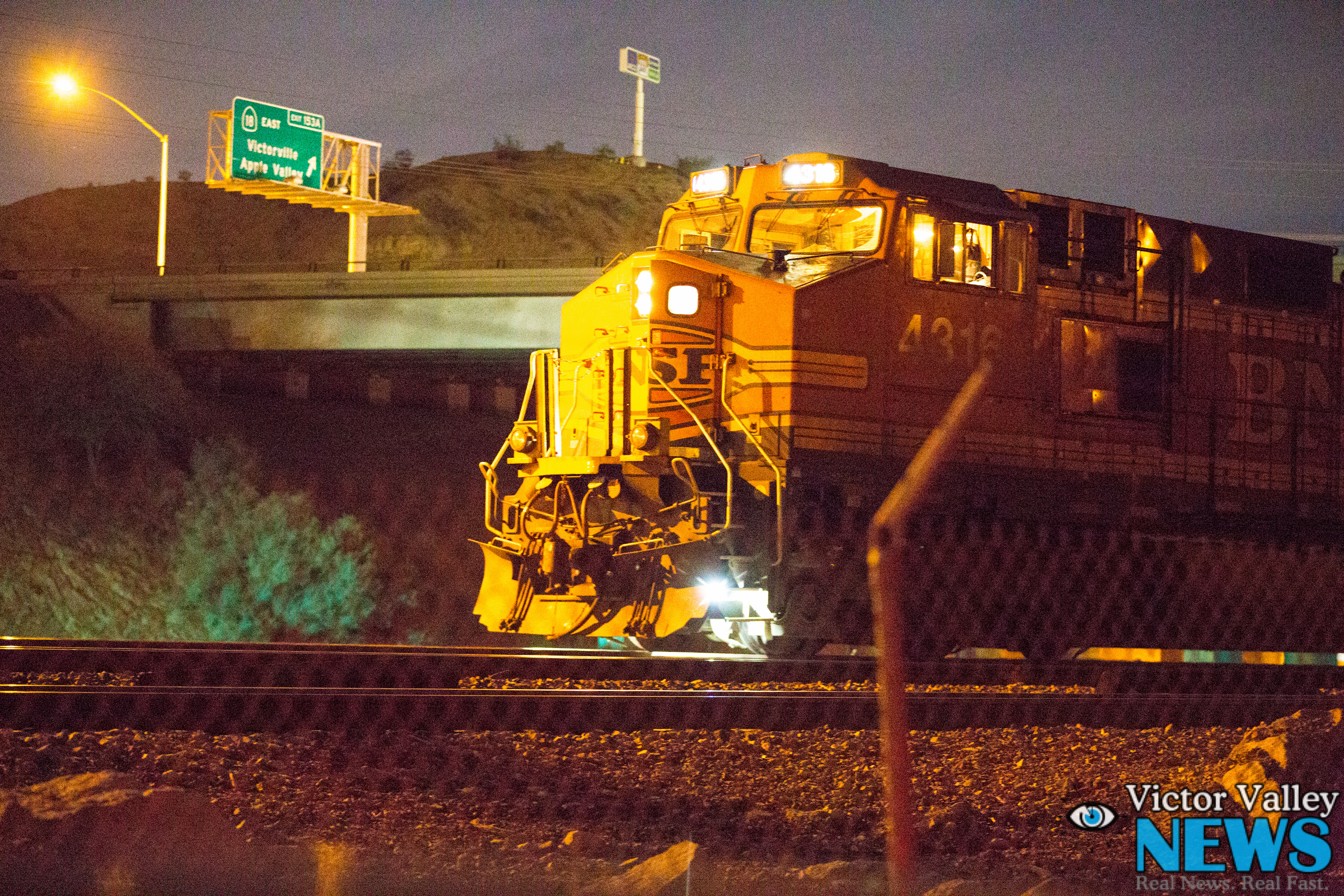 A pedestrian was struck and killed by a moving train in Victorville. (Photo by Gabriel D. Espinoza, Victor Valley News).

VICTORVILLE-(VVNG.COM): A 47-year-old Covina man was identified as the man who lost his life on Sunday after being struck by a train near D and E streets. Lawrence Chico was hit while standing on the railroad tracks near the I-15 overpass the Sheriff’s Coroner’s office said.

Chico was pronounced dead at the scene due to injuries sustained as a result of the collision. BNSF police are investigating the incident.