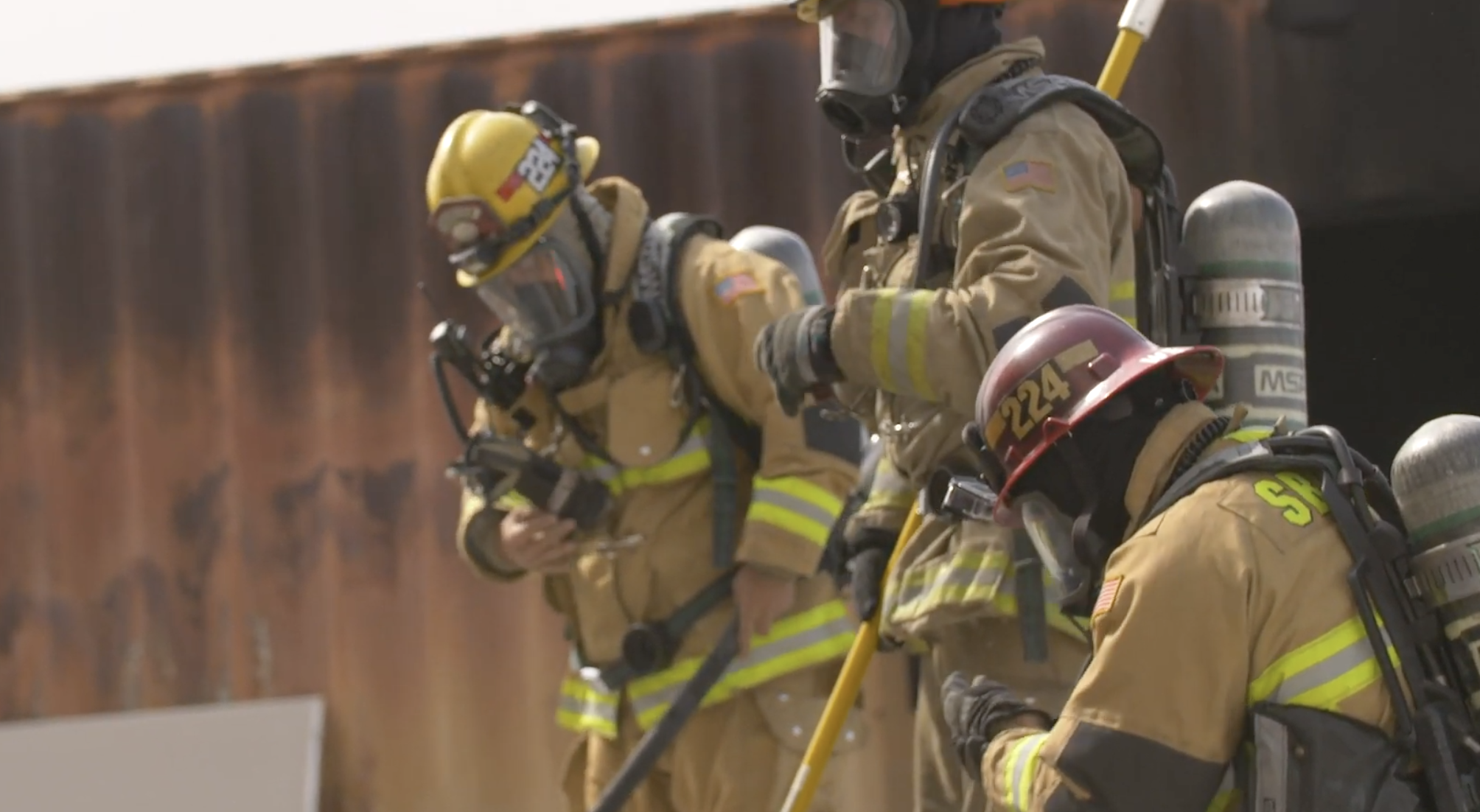 Recently over 30 elected and appointed officials as well as several members of the media from throughout the county participated in Fire Ops 101 hosted at the Richard Sewell Training Center in San Bernardino.

Fire Ops 101 is a collaborative effort between the County Fire District, Local 935 and the IAFF.

Nothing gives elected officials a taste of the fire service like experiencing Fire Ops 101.

Our decision-makers experienced sweat, fatigue and an adrenalin rush as well as a taste of the daily physical and mental strain that accompanies the job duties of being a firefighter. At the same time, these officials were exposed to complex issues such as the importance of maintaining staffing standards and having adequate equipment.

Presumptive health issues such as increased risk to cancer and behavioral health were also discussed.

Our members deal with a variety of challenges in this county. We serve the largest fire district in the nation at 19,293 sq. miles from 48 professionally staffed fire stations and in 2018 we responded to just shy of 150,000 emergency calls.

On behalf of Local 935 we extend a thank you to all of our decision makers who attended #SBCoFireOps101.