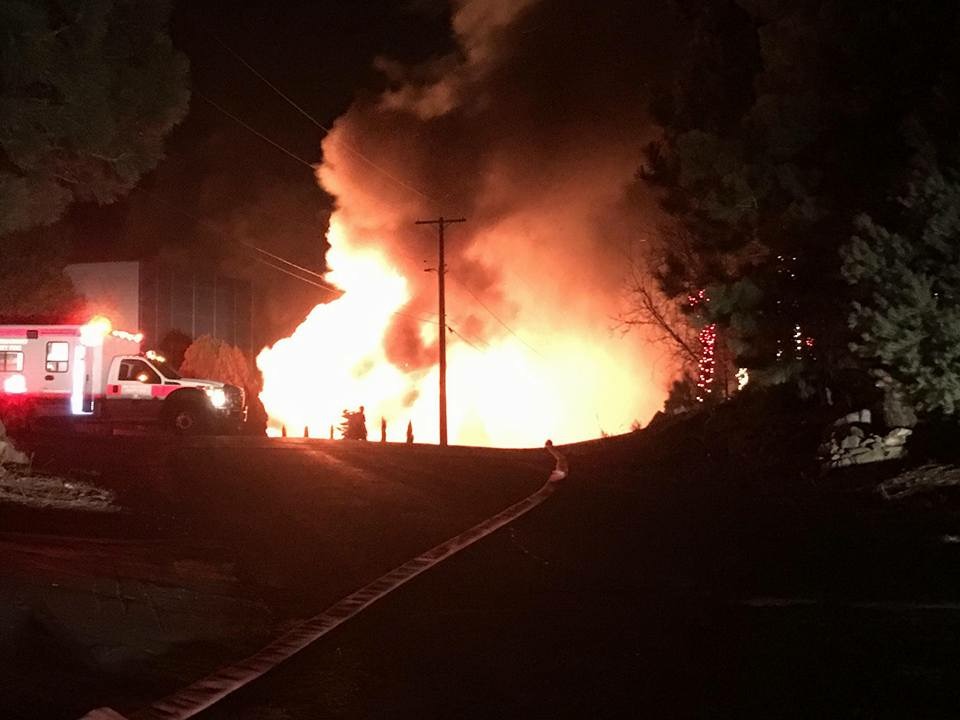 WRIGHTWOOD, Calif.(VVNG.com) – San Bernardino County Firefighters were dispatched to a house fire in the community of Wrightwood Saturday night.

At about 9:15 p.m., dispatch received numerous reports of a house fire on the 5500 block of Easter Drive.

When the first engine arrived on scene they located a 2,400 sqft. two-story family residence with major fire and exposures and requested a 2nd Alarm.

As a safety precaution, A life hazard alert was issued due to a downed power line.

Per scanner reports, the fire burned through the roof of the home. Hand crews were requested to the scene.

No injuries have been reported to firefighters or civilians as a result of the fire.