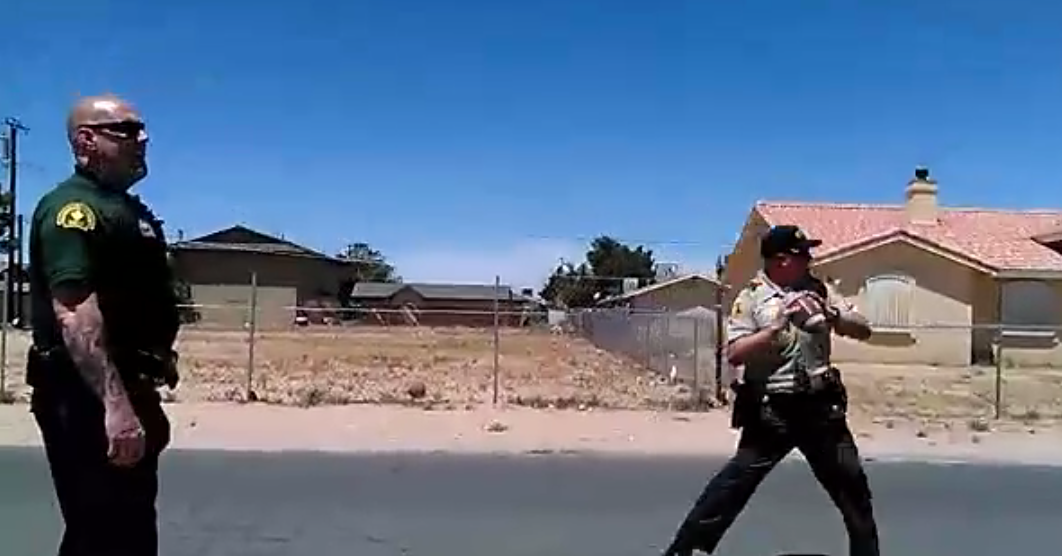 APPLE VALLEY:(VVNG.com)- Often times the media is quick to pick and choose what is portrayed to the public about police officers. Unfortunately, more often than not, the content we see on the news is negative causing people to believe that all police officers are “bad” and that they should be feared.

Recently, a local businesswoman named Daniell Cockrell Burt uploaded a video to Victor Valley News Group that she captured with her cell phone. Unlike most videos that go viral nowadays, this video caught two officers gaining the trust of a couple of neighborhood kids.

The video was filmed on Tuesday, June 16, 2015 in an area of Apple Valley often times referred to as “Felony Flats”.

In the video you can see two deputies, identified as Deputy Conley and Deputy Gibbons, both who are from the San Bernardino County Sheriff’s Department (Apple Valley Station). The deputies took time out of their busy day to throw around a football with two young boys.

“This was such an overwhelming moment. I’m really still lost for words, I mean the video speaks for its self, but if I could say anything about it I would say…hero’s in uniform still exist,” stated Daniell.

She continued to say, “I saw these officers with my own eyes. There needs to be more footage like this online. I salute you officers! Good Job!”