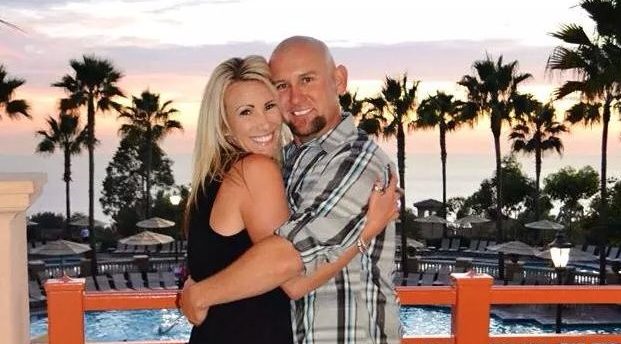 VICTOR VALLEY, Calif. (VVNG.com) 37-year-old Sabrina Limon of Helendale was arrested Friday night and is currently being charged with the 2014 death of her husband, according to court records.

Victor Valley News first broke the story in August of 2014 when a $100,000 reward was being offered for information leading to the arrest of the suspect(s) involved with the murder of Robert Limon, a Burlington Northern Santa Fe Railway worker who was shot twice in the head at the BNSF yard in Tehachapi.

Sabrina Limon, depicted as a grieving wife, who instead of celebrating a 10-year wedding anniversary was making arrangements to bury her late husband, and at one point collected thousands of dollars from a donation account, had an alibi that didn’t sit right with family and friends close to Robert.

Limon even wrote heartfelt messages on Facebook saying, “I will never let Rob’s love die or fade out. I will carry it with me where ever I go, and remind our children of it daily as they grow,” before secrets of an affair were revealed.

In November of 2014, both Sabrina and 24-year-old Jonathan Michael Hearn, a firefighter from Redlands, were arrested and booked for first degree murder and accessory to murder.

It was revealed through investigation that Both Sabrina and Hearn were romantically involved and secretly having an affair.

Sabrina was then released in 2014 for lack of evidence against her, however, was still under the magnifying glass of investigators.

New evidence recently surfaced that once again led authorities from the Kern County Sheriff’s Department to arrest Limon on charges that include murder in the first degree, attempted murder, solicit to commit murder, accessory, and conspire to commit a crime.

According to Kern Sheriff’s court records, Sabrina was booked into the Central Receiving Facility, her current bail is set at $3 Million dollars with no anticipated release date.

Jonathan Michael Hearn was arrested in the murder of Robert Limon in 2014.