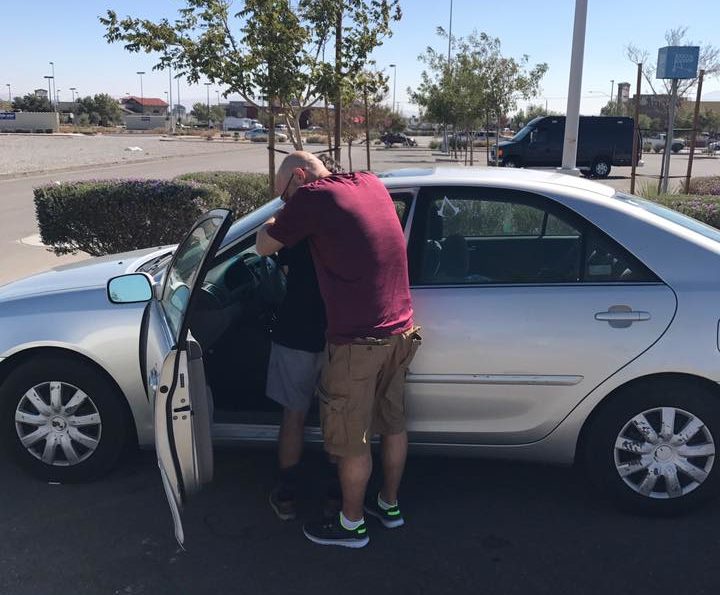 UPDATE 9/20/17 @ 2:30 PM – The Kaysville Police Department confirmed Quinn Hansen has been located but did not provide any further details.

The Kaysville Police Department said Quinn Hansen was reported as a runaway on September 18th. They also confirmed he was in the area of Hesperia on the same day.

Quinn has no cell phone with him and is only using cash to make purchases.

Quinn was captured on surveillance video making a purchase inside a convenience store in Yermo at 5:00 p.m., on September 18th, according to a Facebook post by Renee Lucas Hansen, the mother of Quinn.

Quinn is believed to be driving a silver 2005 Toyota Camry with Utah license plate #E343VM. The Camry has distinct features including a faded bumper sticker saying “2016 lol”, a badly scratched front bumper, an American eagle, Assassins Creed, taco, and apple stickers on the back window, stated Renee Quinn.

He was last seen wearing a black shirt, gray shorts, and a blue Vans hat. He is wearing his black-rimmed glasses. Quinn is 5’4″, 110 lbs., with brown hair and eyes and has braces.

“We have reason to believe he could be a danger to himself. We are desperate to find him,” said his mom Renee.

Anyone having information or knowledge of the whereabouts of Quinn Hansen is encouraged to contact the Kaysville Police Department at 801-546-1131.