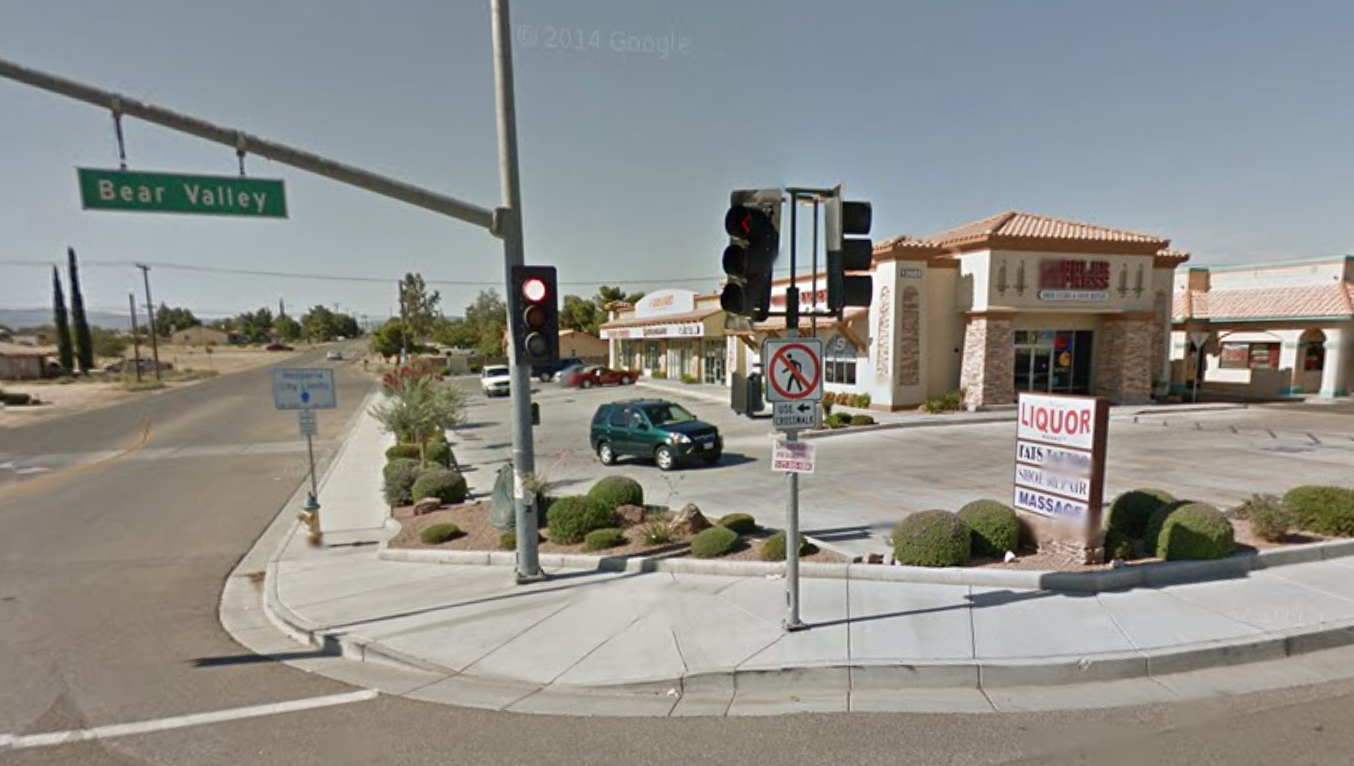 Per scanner traffic, the suspect is described as a Black Male Adult, 18-25 years of age, about 5’7″, wearing a black hoodie with a gray sleeveless vest over it and blue jeans.

The suspect was reportedly armed with a black semi automatic hand gun at the time of the robbery. He was last seen running from the location southbound on Eleventh.

At this time its unknown how much money was taken from the location. No employees or customers were injured during the armed robbery.

A Sheriffs helicopter was requested to assist in the search for the suspect. Anyone with information is urged to contact the Hesperia Police Department at 760-947-1500.