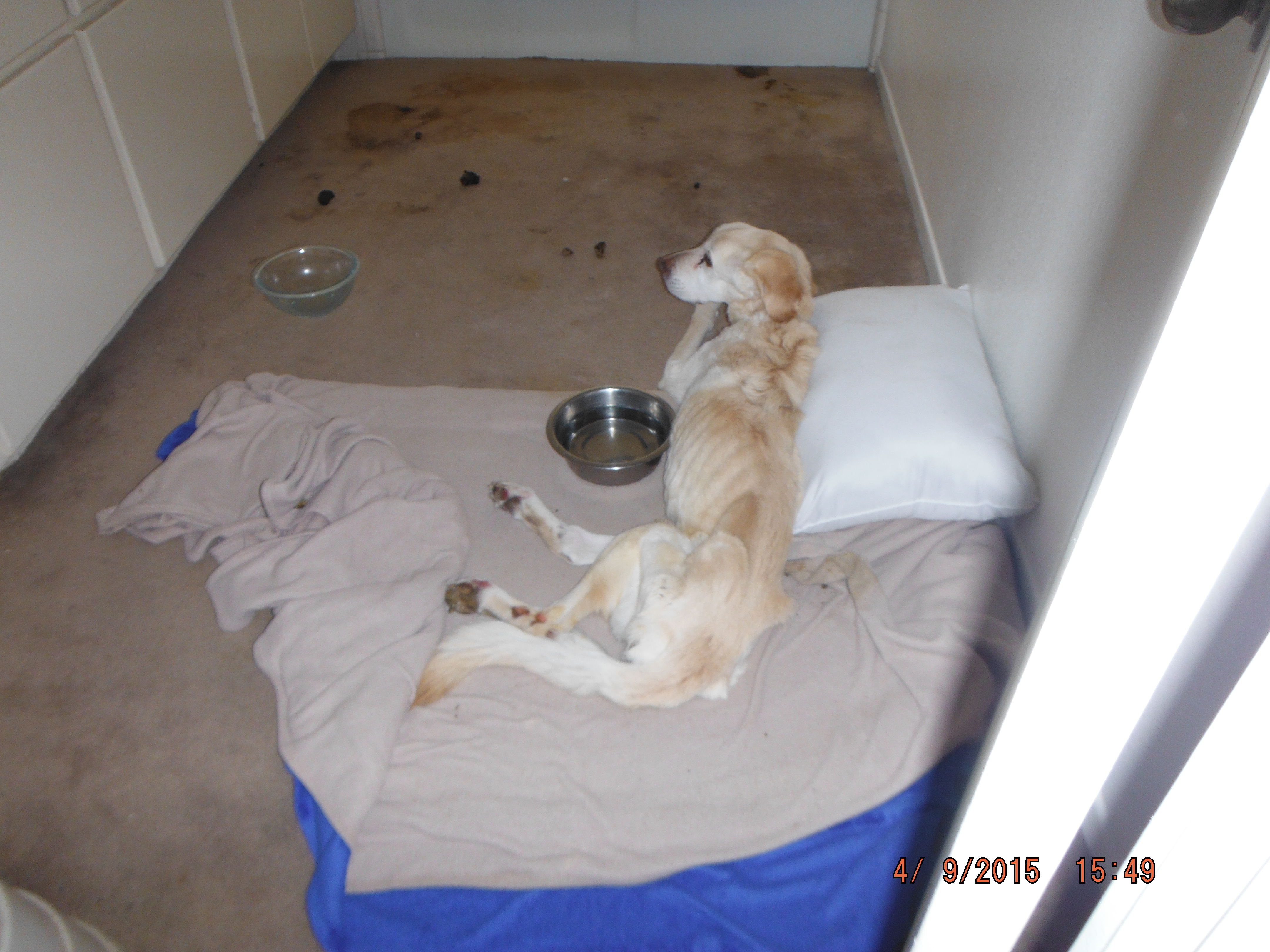 A total of 13 dogs were removed from the property in the 16000 block of Rimrock Road by AVAS Officers. One dog died while being transported from the house to the veterinarian for emergency medical care, two were humanely euthanized due to poor health caused by apparent starvation, one deceased dog was found discarded in a trash can on the property, and nine living dogs were transported to the Town’s Municipal Shelter. It appears that the resident was also keeping more than the permitted number of dogs.

All living dogs are now under the care and control of the Town and on-going treatment is being directed by the Town’s Supervising Veterinarian. While in the care of AVAS, the dogs have gained weight.

Staff will forward the case to the District Attorney with recommendations to file felony animal cruelty charges, animal neglect, and failure to provide veterinarian care for sick or injured animals.

The resident told AVAS staff that she was a “transporter” and “foster home” for various unidentified animal rescue organizations. Numerous individuals and animal rescue organizations have since contacted the Town to claim ownership of the dogs. There are several legal steps that must take place when establishing ownership of an animal in situations like this case. Individuals must provide documentation supporting their claim of ownership, such as paperwork that shows how the animal came to be transferred to this resident on Rimrock Road. Claimants must also provide documentation to establish their legal ownership of the dog(s) currently in the Town’s safe-keeping. To date, Animal Services staff has not received accurate medical history and vaccination documentation for the seized animals sufficient to prove ownership.

The original warrant was served on April 10. It is unknown when the dogs will be available for release. Staff will notify the public should the dogs become available for return-to-owner, adoption, or foster placement.