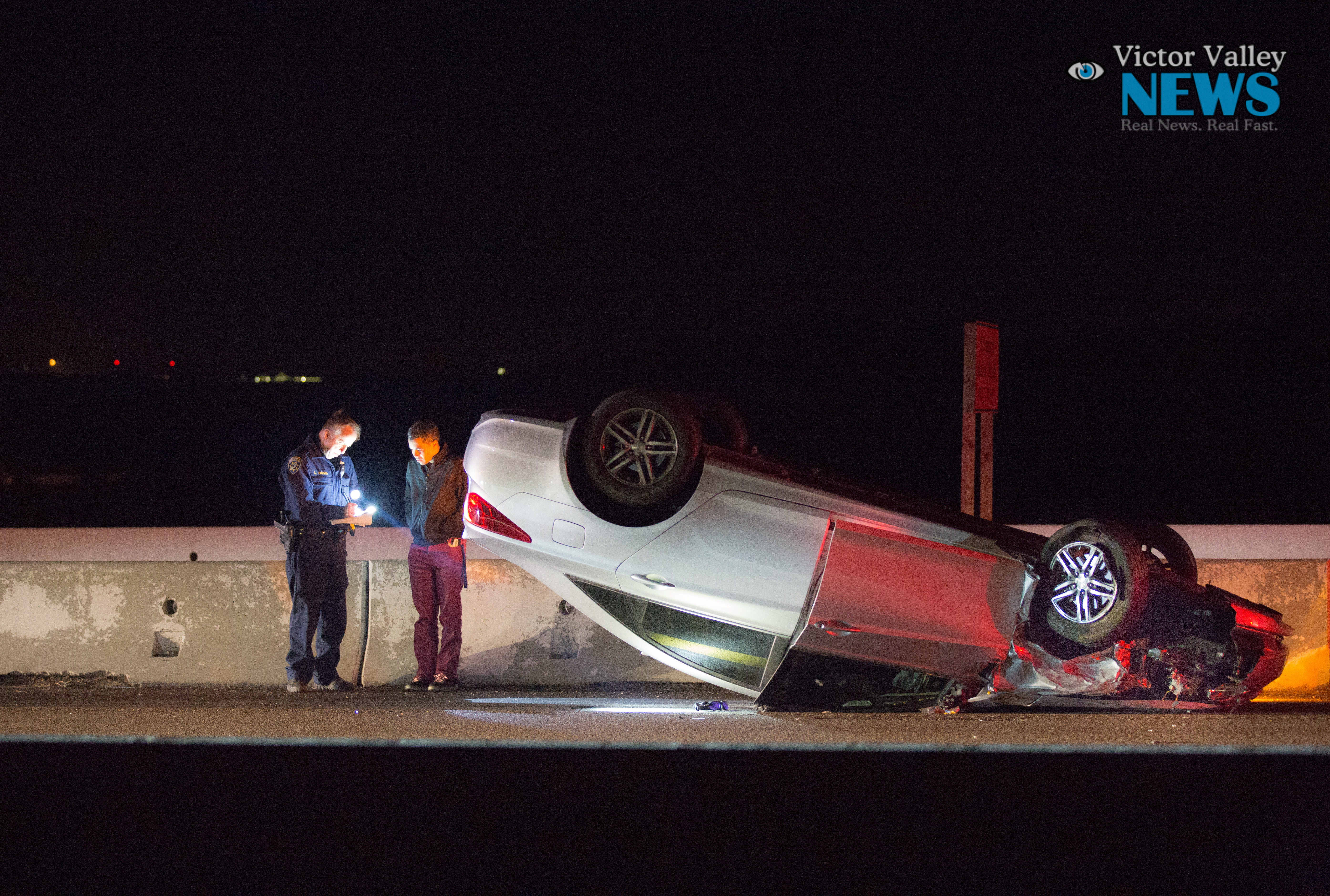 VICTORVILLE, Calif. (VVNG.com) Three men walked away uninjured from a traffic collision that caused one vehicle to flip over.

A silver 2012 Hyundai Sonata collided into a Nissan Altima that was stalled in the northbound lane of traffic.

The impact caused the Sonata to flip and land on its roof, however, the driver was able to exit the vehicle unharmed.

The other driver and passenger in the Altima were also able to escape without injury.

The incident prompted authorities to close the no. 1 northbound lane of traffic. However, due to the time of the accident traffic was not heavily affected.

The official cause of the accident is currently under investigation by CHP- Victorville division.

A Nissan Altima was stalled on the freeway when another vehicle side-swiped the car, causing the other vehicle to flip. (Gabriel D. Espinoza, Victor Valley News)