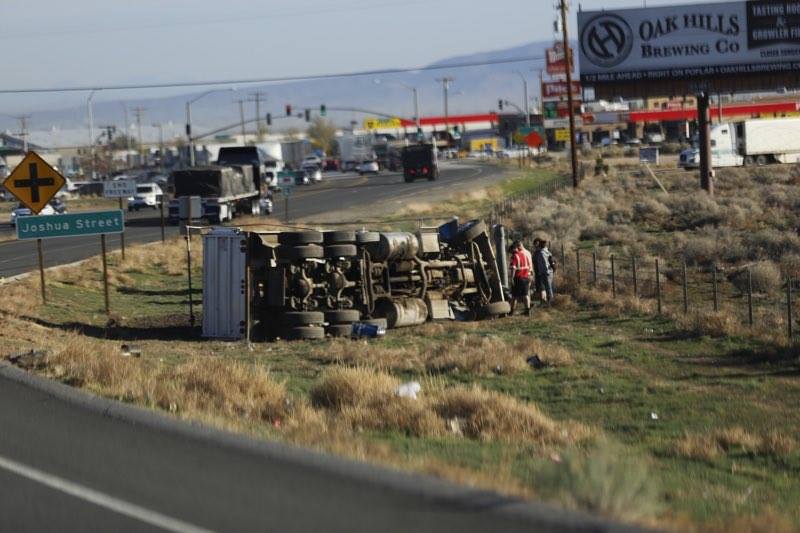 HESPERIA:(VVNG.com)- The California Highway Patrol responded to a single-vehicle rollover involving a commercial truck on Wednesday, March 2nd. The incident was reported at 7:06 AM., on Highway 395 just south of Joshua Street.

Per scanner reports, the driver was initially reported as being trapped and requiring extrication.

The silver Peterbilt truck was hauling asphalt when for unknown reasons it rolled onto the right-hand shoulder and eventually landed in a trench.

According to a witness, the two occupants, a male driver, and the female passenger climbed out through the broken out windshield and immediately embraced one another.

“All we know is the driver that was carrying grounded up asphalt, for unknown reasons made an unsafe turn, causing him to overturn,” stated Sgt. Denkers.

Only minor injuries were reported as a result of the collision.