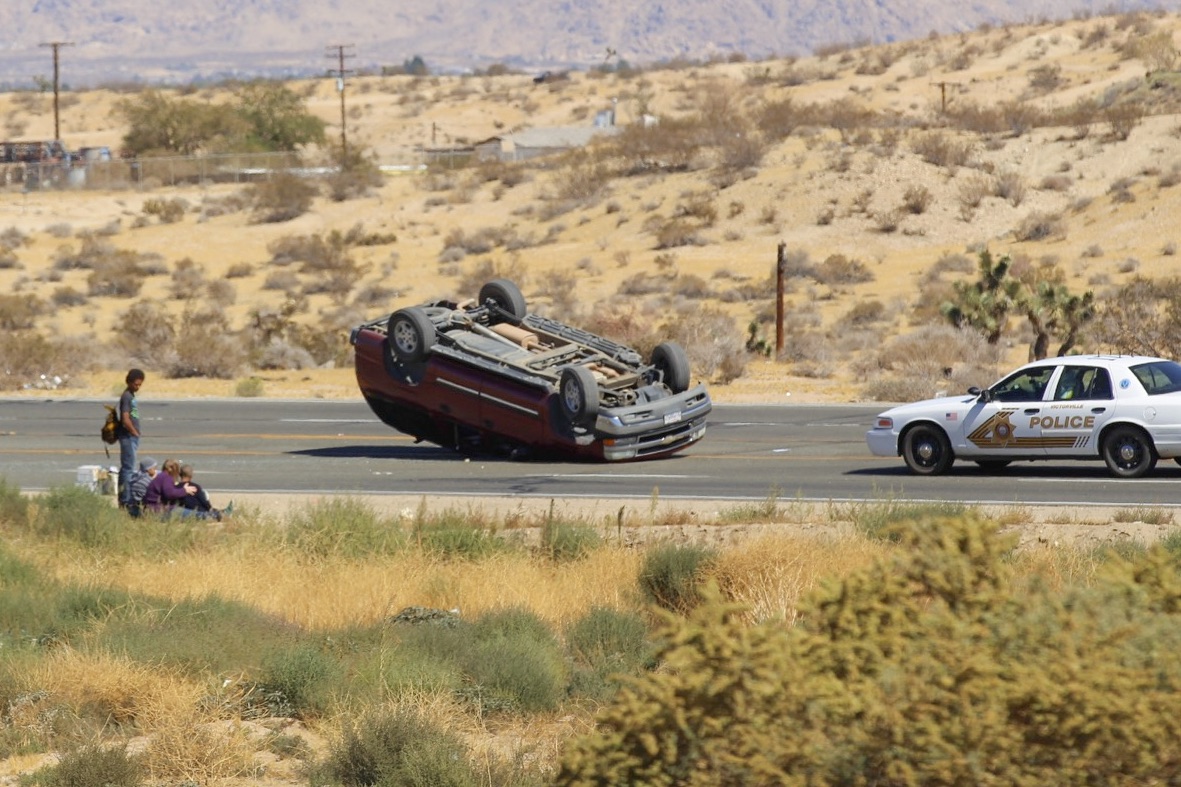 The single vehicle crash was reported at about 12:45 p.m. on Hesperia Road just south of Ottawa Road.

For unknown reasons, a burgundy colored SUV rolled over and landed on its roof blocking southbound lanes on Hesperia Road.

The vehicle was occupied by a female and three children.

Per scanner traffic, several occupants in the vehicle were believed to have been trapped. When fire arrived on scene all occupants had safely exited the vehicle.

As of 1:05 p.m. southbound traffic remains closed. Officers have reopened one northbound lane.

No injuries were reported as a result of the crash.