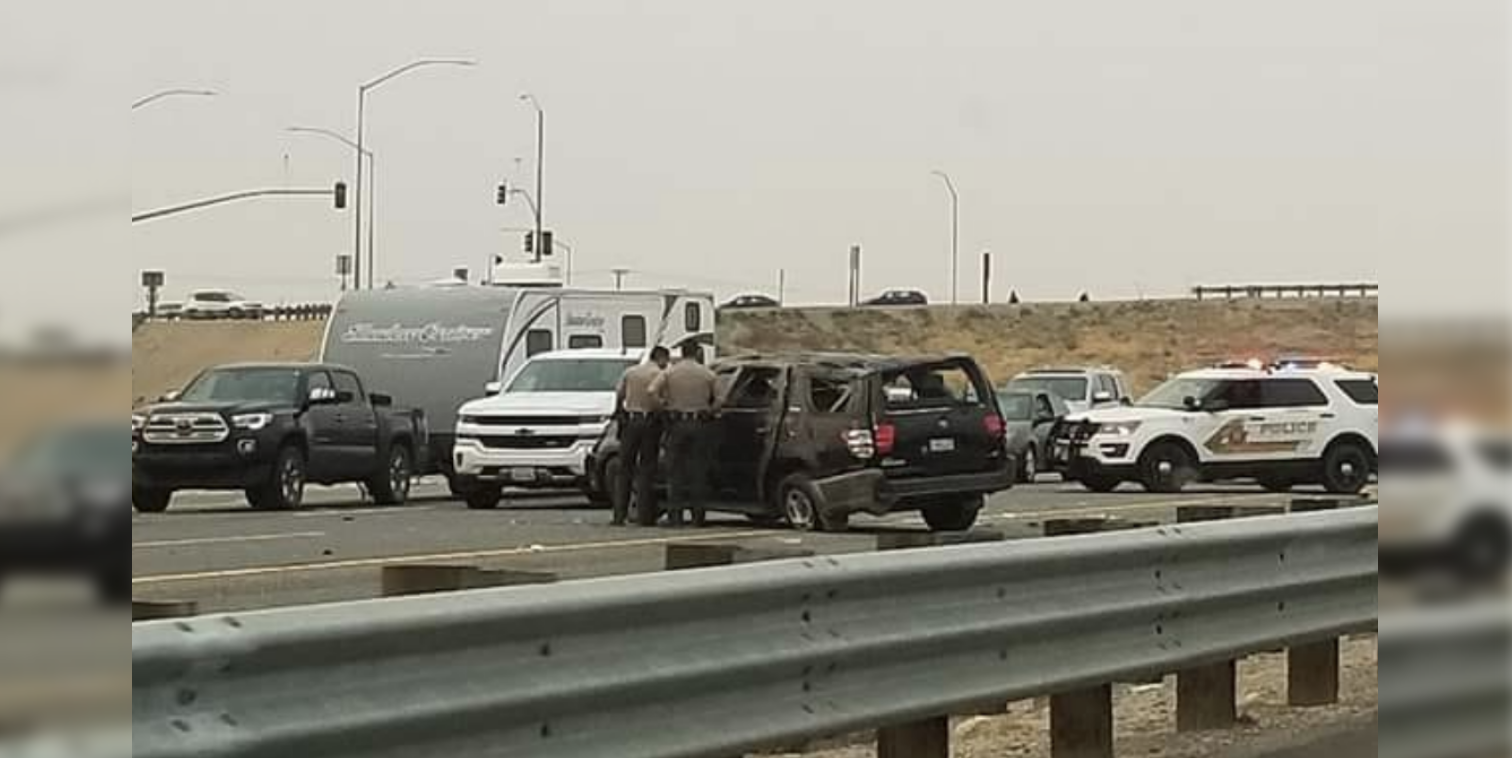 HESPERIA, Calif. (VVNG.com) — Traffic on the northbound I-15 freeway is beginning to flow again after a rollover crash prompted lane closures Tuesday morning.

The single-vehicle crash involving a black Toyota Sequoia was reported at 8:00 AM on September 8, 2020, near the Main Street off-ramp in Hesperia.

For reasons still under investigation, the SUV overturned and was blocking the no. 1 lane of traffic. A couple of sheriff’s deputies responded to the incident and stopped traffic on the freeway.

According to CHP incident logs, the driver was still in the vehicle and was reported to be conscious and breathing.

San Bernardino County Fire responded and assisted with a minor extrication. The driver was transported by ground ambulance to Arrowhead Regional Medical Center.

The SUV was pushed to the right-shoulder and by 8:30 AM all lanes had re-opened.

California Highway Patrol – Victorville station is investigating the cause of the crash.