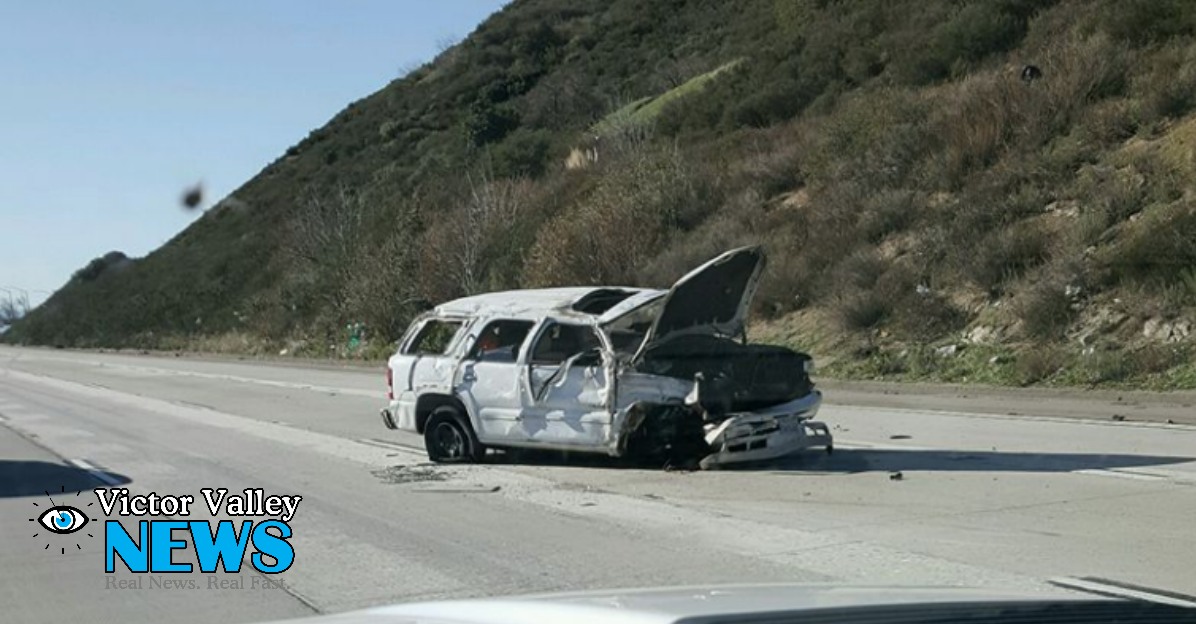 The single vehicle crash, involving a white 2002 Chevy Tahoe was reported at around 8:36 a.m. on the southbound I-15 north of Glen Helen Parkway.

According to Officer Riley with the California Highway Patrol, the driver was in the no. 4 lane traveling at an unknown rate of speed. When for unknown reasons, he steered the vehicle to the right causing the vehicle to go up a dirt embankment and overturn several times.

The SUV landed back on its wheels blocking several lanes of traffic and prompting a SIG ALERT for approximately one hour.

“Due to the fact, the driver failed to wear his seatbelt he was ejected from the vehicle,” stated Officer Riley. “He landed onto the dirt shoulder and sustained major injuries.”

The driver was transported by ground ambulance to Arrowhead Regional Medical Center and is currently in the ER.

Officer Ramos is currently investigating the collision and is actively looking for any witnesses to the collision. Anyone with information is urged to call (909)383-4247.