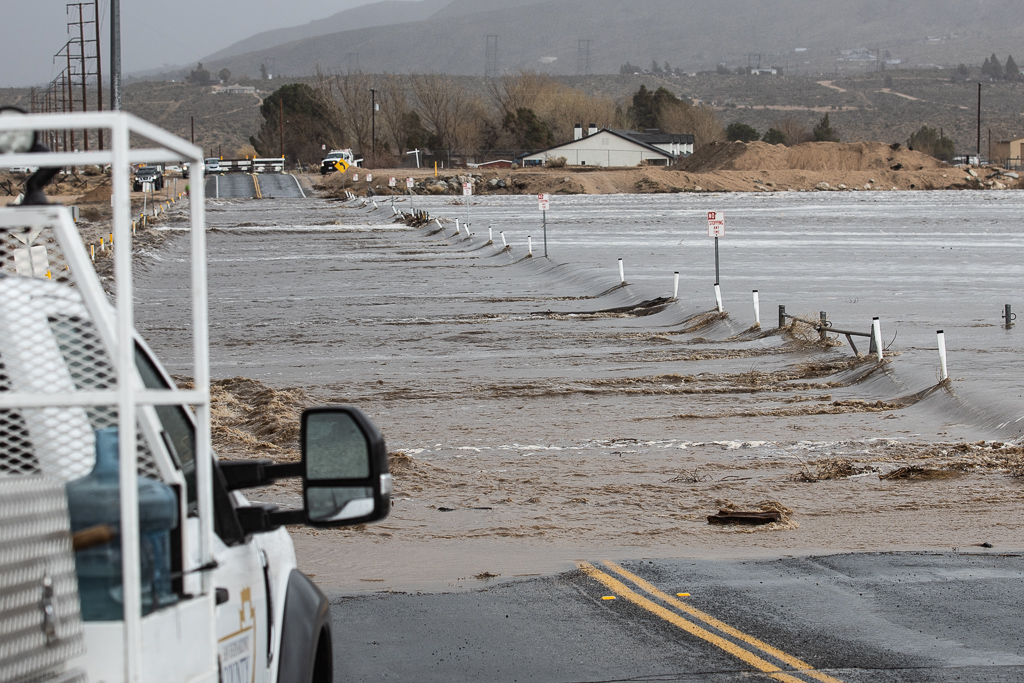 APPLE VALLEY, Calif. (VVNG.com) — An important thoroughfare connecting Apple Valley to Hesperia has re-opened after major flooding forced officials to shut it down on Thursday.

The latest storm system slammed the area with heavy rainfall and forced authorities to shut down Rock Springs Road where it meets the Mojave River after the water breached the roadway.

At about 2:15 pm, on Friday, the temporary roadblocks were removed and the road was reopened to traffic.

Residents who frequently travel the road say they would like to see construction on a long overdue bridge.

Long-time resident Dan Harley said he grew up and lived in the area for 25 years where Rocks Springs Road closure used to be a common interruption in his life.

“A bridge at Rock Springs has been talked about since before I was born (I’m 50+). At the rate it’s going, my son’s kids might see that bridge completed in their lifetime.

There was a time when SB County would leave Rock Springs washed out until March or April. Folks on the South side of Apple Valley finally got pissed enough to tell Supervisor Bob Older to do something. Subsequently, new county ordinances and funding was passed which caused SB County to re-open Rock Springs as soon as possible and not wait until spring.

There’s no doubt ther SB County spent more to reconstruct Rock Springs Road over the years than the cost to build a bridge. Unfortunately, the public outcry for a bridge stops the moment Rocks Springs Road is re-opened and we go back to life as usual.