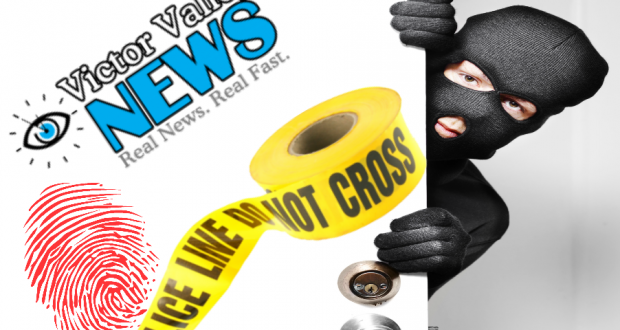 Per scanner traffic, the

store clerks were unable to tell deputies if the two suspects were armed, but they were able to give a description.

Both suspect left on foot heading west, towards the DD’s Discount store on 7th Street.

The suspects were described by the clothing, which was for suspect #1 a blue hoodie, blue ski mask and suspect #2 with a black and white hoodie and a baby face looking Halloween Mask.

According to Sgt. Zour with the San Bernardino County Sheriff’s Department, the suspects are still at large.

There are no injuries reported as a result of this incident. The suspect was not apprehended. If you have any information you are asked to call the Victorville Police Department at (760)241-2911.