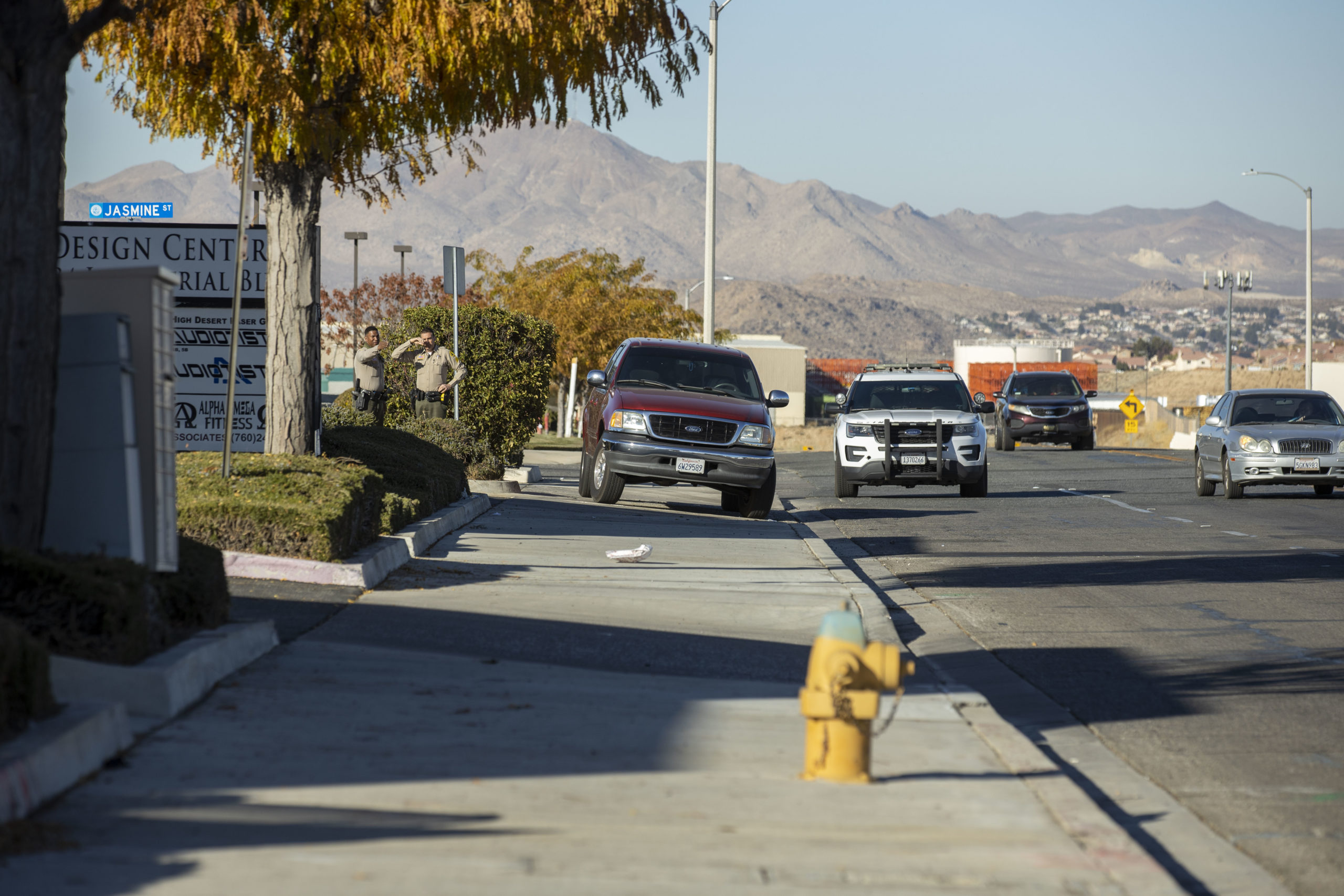 It happened on December 5, 2020, when the suspect, Keshawn Phillips, threw something at the victim’s car in the area of Hesperia and Nisqualli Roads.

Sheriff’s spokeswoman Mara Rodriguez said the victim stopped his car on Industrial Blvd to check for damage and while out of his car, the suspect drove his vehicle towards the victim and hit him with it.

“The impact of the vehicle threw the victim into the air,” stated Rodriguez.

The 43-year-old victim was critically injured and airlifted to a trauma center. Officials confirmed he’s since been released from the hospital.

Rodriguez said the suspect left the scene after hitting the victim but later turned himself in at the Victorville Police Station where he was interviewed and subsequently arrested.

According to jail records, Phillips is charged with PC664/187(A) Attempted Murder and VC2001(B)(2) Hit and Run Causing Seriously Bodily Injury or Death.

Phillips pleaded not guilty during a December 8th in-custody video arraignment and is scheduled for a preliminary hearing on December 17th. He’s being held on a $1 million dollar bail.

Additionally, Phillips has an unrelated pending court case in Rancho Cucamonga after he was cited and had his vehicle impounded after he was caught driving over 100 MPH and without a driver’s license in November 5, 2020, according to public court documents. He’s scheduled for arraignment on those charges in January 2021.

Man airlifted from rollover crash on Eucalyptus Street in Victorville