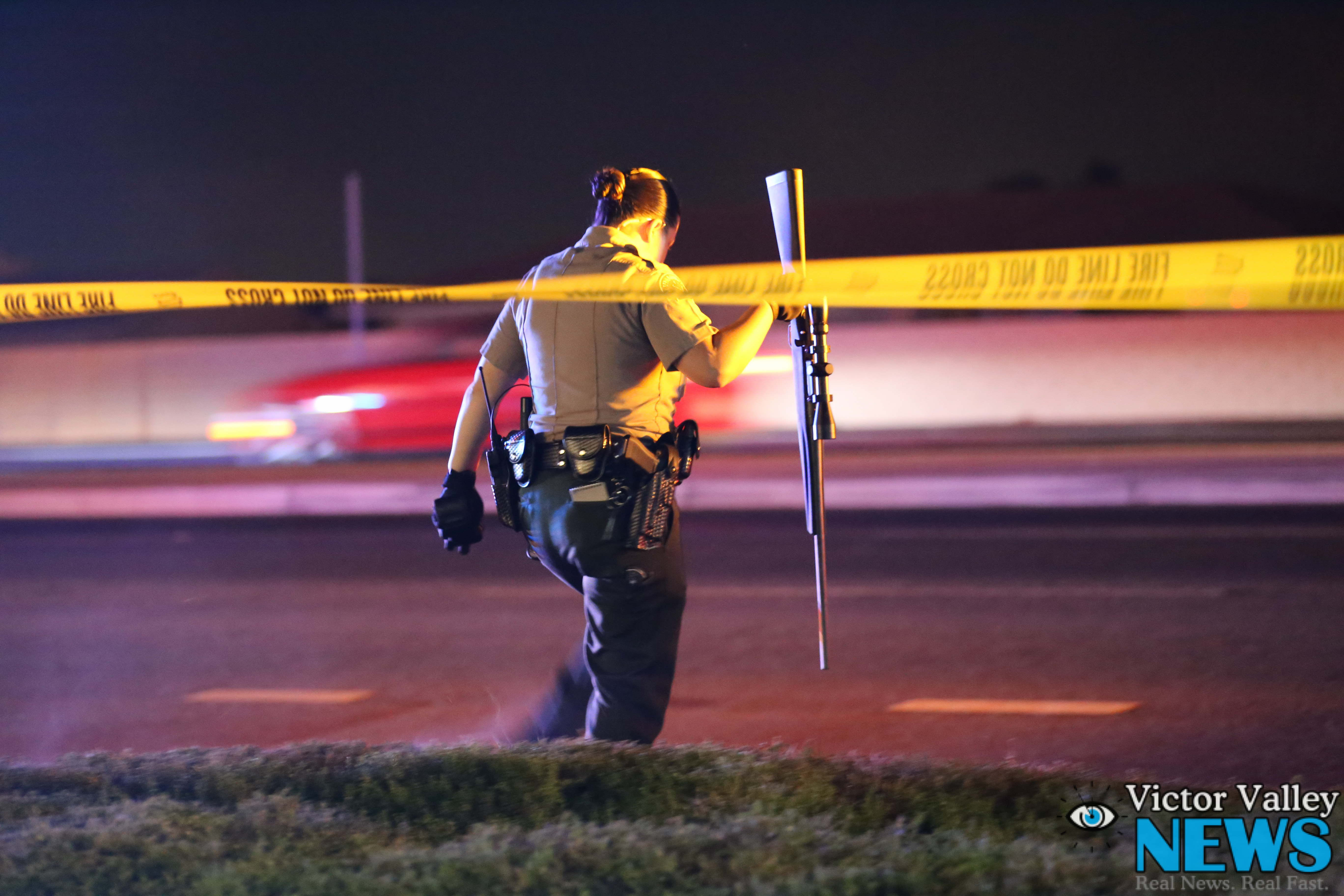 The vehicles, a Chevy Suburban, and a pick-up truck, were reportedly driving on the opposite sides of the roadway at Bear Valley Road and 7th Avenue.

Witnesses told authorities two Hispanic males armed with a rifle and a handgun were seen running from the Suburban towards the Jack in the Box located at 18901 Bear Valley Road.

Authorities located a rifle, believed to have been used in the shooting that had a scope attached. The weapon was thrown into the trash can directly in front of Jack in the Box.

Ground deputies, which included a K-9 unit and a Sheriff’s helicopter conducted a search for the suspects.

Following the extensive search, two suspects were detained and taken into custody; one at the Los Alazanes Mexican restaurant and the other at the Cinemark Movie theater.

No injuries were reported as a result of the shooting. Authorities are continuing to investigate the incident. Information will be updated as it becomes available. 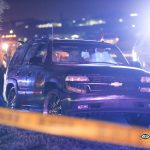 A Chevy Suburban with front and rear end damaged had it’s back window shot out from gunfire. (Hugo Valdez, Victor Valley News) 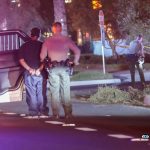 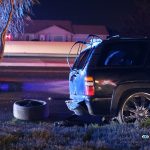 One of the suspect’s vehicle collided with a street sign after the late night shooting. (Hugo Valdez, Victor Valley News) 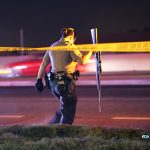 The rifle was a weapon used in a car-to-car shooting late Saturday night that ended with a crash. (Hugo Valdez, Victor Valley News) 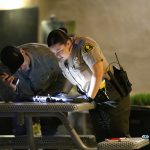 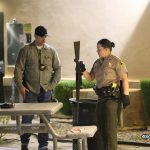 Authorities collected a rifle with a scope from the Jack In The Box trash can that was ditched by a fleeing suspect. (Hugo Valdez, Victor Valley News)