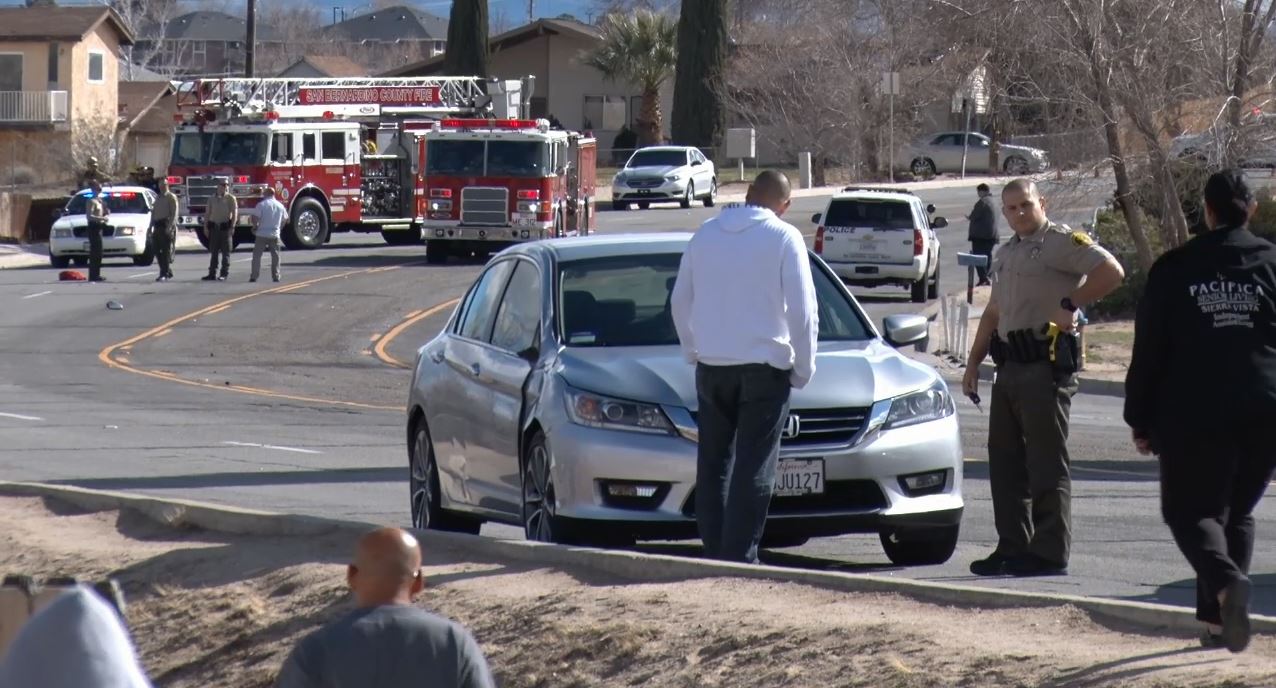 VICTORVILLE, CALIF. (VVNG.com)- A young boy was struck by a vehicle as he walked home from school Friday afternoon.

The crash was reported shortly after 1:00 p.m., in the 15900 block of Village Drive near Puesta Del Sol Drive in Victorville.

Per scanner traffic, an 11-year-old boy was struck by a vehicle and was not breathing.

Paramedics transported the child to Victor Valley Global Medical Center to be airlifted to an out of area trauma hospital. The airship was later canceled due to weather.

The boy was transported via an AMR ambulance to Loma Linda University medical Center in critical condition. As of Friday evening, his condition was not known.

According to authorities, the boy was walking home from school and was attempting to cross Village Drive when he was struck by a silver Honda Accord traveling north on Village drive.

The driver of the Honda remained at the scene and cooperated with authorities.

The Major Accident Investigation Team (MAIT) is currently handling the investigation. A stretch of Village Drive between Eto Camino Road and Puesta Del Sol Drive is expected to remain closed for several hours.

Village Drive was shut down in both directions between Puesta Del Sol Drive and Eto Camino Road due to the crash. Officials on scene said the closure was expected to last for several hours.