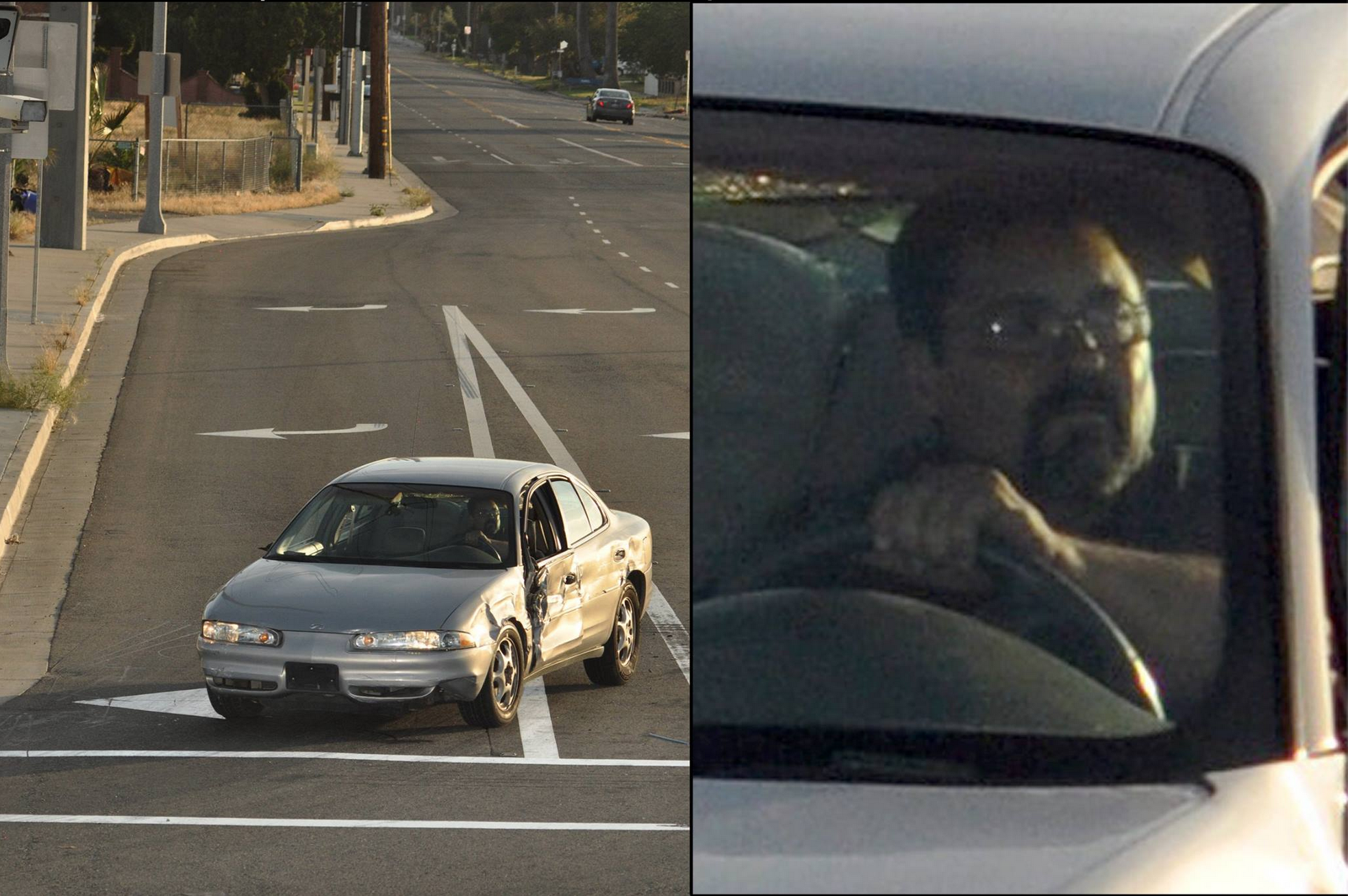 RIVERSIDE: On Sunday, May 4th, 2014, three suspects drove into Tyler Mini Storage where they burglarized three storage units. An employee of the complex confronted the three. When she did so, the three suspects got into their two vehicles and drove towards the exit in an attempt to flee. The victim parked her golf cart in front of the silver Oldsmobile in an attempt to stop him. The driver rammed his vehicle into the golf cart and pushed it, and the victim, out onto Indiana Avenue. As the suspect drove forward, he yelled at the victim that he was going to kill her. As this happened, the second suspect in the Ford Windstar yelled, “Just kill her!”

While this was occurring, the second victim came outside to attempt to help Victim-1. The driver of the Ford Windstar drove his vehicle into him, hitting his lower body. Both vehicles then drove away, east on Indiana Avenue.

Suspect-1 is described as a Hispanic male adult, approximately 45 years, with a mustache and partial beard. He has grey hair in his beard, wears glasses, and was last seen wearing yellow latex gloves. He was driving Vehicle-1, a silver Oldsmobile Alero 4-door with heavy damage to the driver’s-side door and no license plates. Suspect-2 is a white male adult with a white beard. Suspect-2 was driving Vehicle-2, a tan Ford Windstar mini-van with no license plates. Suspect-3 was a white female adult, approximately 40 years of age, wearing jean shorts. She was described as having a “pudgy” stomach, missing several front teeth, and wearing black latex gloves.

The Riverside Police Department is seeking the public’s assistance in identifying these suspects and/or their vehicles. Anyone with any information is urged to contact Officer Paul Miranda at 951.353-7957 or by email at PMiranda@riversideca.gov.