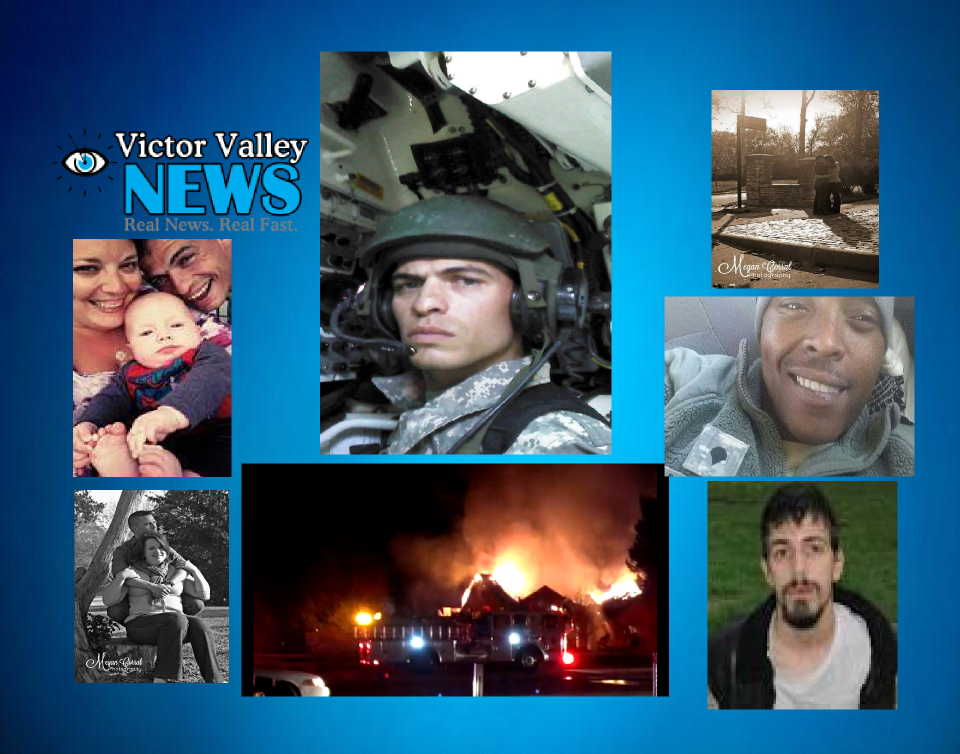 (VVNG.com)- After the recent article, “Cold Blooded Murder of Soldier; Family Secrets of Suspects Revealed“, speaking of the past of the Swank children and their life with their sadistic school psychologist father Victor Valley News reporters spoke with two of the Swank children.

Richard Jay Swank was a substitute teacher for the Adelanto School District as well as a district psychologist for Keppel Union Elementary School District in Pearblossom. He is an acclaimed writer, many describing his writings, as “giving abused children a voice”.  A voice, something his and Monita Swank’s own sixteen biological children so desperately needed when they suffered extreme abuse through their childhood.

“In regards to the media attempting to describe my childhood, they have no clue. My childhood was far worse than what they try to paint it as,”said Army Sgt. Michael Swank.

Michael is now going into his 9th year of service in the army.

All of the Swank children survived a brutal childhood, but the horrendous torture one small child suffered and lived through is a miracle.  He was not only stripped of a lot of the fun things many of us have memories of like Birthday’s and Christmas, but he was blatantly ignored, neglected and abused. The abuse was mental, physical and sexual.

In court evidence one of the children shared that  she wrote in a journal that no child deserved to be treated the way that Michael was being treated. Richard Swank found that journal and beat her, he threw her in a shower stall naked with the victim and was told that if she cared so much for him she should be his lover. He made the two stand in the corner holding hands and she was also forced to eat scraps, as Michael was always forced to do, with him for about a week.

Michael recalled the family having visits from extended family by saying,“the visits became more and more seldom because after these visits, often times CPS visits followed”.

Swank was born very small, only 4 pounds, Michael is now  5’4” and approximately 130 pounds still a smaller sized man, but one with according to his wife a big heart. “I love him for the man he is, and respect and admire his strength and courage. He is a testament to the power of the human spirit,” said Stephanie Swank.

After speaking with Michael, calling him “the victim” almost does not seem appropriate, it seems as though the conqueror or “winner” would be far more appropriate. Michael had his first child with wife, Stephanie just over a year ago. Michael admitted being terrified of the prospect of being a father since he had no parents worthy of modeling himself after.

Michael as a child, never owned or even slept in a bed, he was forced to sleep handcuffed in a bathtub, shower stall or in a locked portion under a coffee table from approximately 3-5 years of age. He was sometimes left under this coffee table for days, unable to move from there, even for restroom use. When he was older he slept on the garage floor handcuffed to a bed frame. The other children in the home were warned by the seemingly psychotic psychologist father, who told the children if he was not cuffed at night he would rape and molest everyone.

“While isolated in his family’s garage he taught himself to read and write. He greatly values the education he has been able to gather during his service and is continuing towards his bachelors degree in Criminal Justice through the University of Maryland, distance education,” shared Stephanie.

All of the Swank children suffered various degrees of abuse at the hands of their parents, none as severe as Michael. According to the court documents in the People vs. Richard Jay Swank it was indicated that although the majority of abuse came from the father, the mother also subjected the children to abuse.

“I have a deep disgust for my mother. She swore to have known nothing about the abuse, she knew,” said Sgt. Swank.

In court, the mother of the 16 swank children, Monita, testified that her husband had told her he raped the victim, but upon her becoming angry he retracted that by saying he was just joking. In witness testimony, it was also shared that Richard Swank would use the children as targets when using bb guns as they ran around the backyard.

The sexual abuse of young Michael started at about 10 years old and was violent and sadistic in nature causing severe injury to the child in many cases. The sexual abuse took place when Richard Swank would give, wife Monita a large list of errands to run. He would have his other children act as lookouts for when she returned and also had them at times fetch items he needed to commit his acts. If the victim did not comply he would be brutally beaten, if he did, he many times would be rewarded with food. Richard Swank seemed to have pleasure derived from the screams and pain of his own child. The screams from the boy are something his siblings still remember, according to court records, the children would sing songs in order to cover up the screams.

The father, Richard Swank also told an older sister of Michael that he had molested the youngest sibling. He left the home with all the other children leaving the sister with a gun telling her to make sure it never happened again. Michael denied the abuse of their youngest sibling, which to the sister would have been impossible for him to even be able to commit since he was never allowed near any of the other children.

Although Victor Valley News reporters had the pleasure of interviewing two of the 16 Swank adult children, the they had very similar things to share.

Michael Swank is a highly decorated soldier earning many medals and awards for his service. He joined the military at 22 years of age when he realized that he needed more discipline, structure,  financial stability and room for growth.

“He pushes himself daily and sets very high standards for himself. I believe that through Michael’s Army career, he has achieved for himself the direction and purpose that he was never given in his early life. He is able to make a positive difference for others through his work as an Non-Commissioned Officer and help to guide younger soldiers toward their goals,” said Stephanie.

Michael has been in therapy off and on, the military sent him for therapy after being made aware of the court case against his father, Richard Swank. He is currently receiving trauma therapy and is still dealing with many nightmares from his past.

“The most recent nightmare I had is that my father broke out of prison and forced his way into my home,” shared Michael.

He says he will probably not be retiring from the military, he would like to spend more time with his children and finishing his degree in Criminal Justice to become a prosecuting attorney.

Michael shares his stance on where he found the strength by saying, “You can’t give up, it would be a lot easier to give up and give in. You have to take control of your life. You have to make the choice to rise above. You have two choices,  play the pity card and live your life in a downward spiral until you yourself become a perpetrator or you can realize you have been through some pretty heinous stuff then realize that is not the end.”

Michael’s sister 32-year-old Melissa is a lawyer that has now been married 14 years, has six biological children and is a foster parent to six additional children. She also published her first children’s book in 2009, called “The Big Fib”. The aftermath of the abuse has caused Post Traumatic Stress Disorder for both Michael and Melissa.

“My childhood absolutely affects me in huge ways. I was diagnosed with Post Traumatic Stress Disorder. I struggle with the aftermath, but I put that energy to good uses. I advocate for children. I volunteer extensively for child welfare nonprofits,” said Melissa.

Melissa shared although they all suffer the aftermath of the abuse and all hurt, they are not all a bunch of broken siblings.

“I would tell a child or young adult (coming out of abuse or being abused) that they are not defined by abuse. There is no shame in being a victim. There is only shame in being an abuser. Hold your head high. Don’t let anyone or anything hold you down. You are worth so much more than your circumstances. They stole part of your life, don’t let them steal the rest,” said Melissa.

Melissa says, if one day her childhood can help her stand between another child and the pain of the escalating abuse it would have all been worth it.

As Logan and Wesley Swank now stand trial for the murder of Army Spc. Daniel Yarbrough. Melissa says, “I feel a deep love for all my siblings, I hurt for them. I wish I could have stopped their abuse. The deepest pain I feel is knowing how much my siblings have suffered, but there comes a point when a person must choose to rise above or sink to the level of their abuser.”

Logan Swank, one of the two brothers arrested on murder charges.

The memorial following the shooting of Spc. Daniel Yarbrough