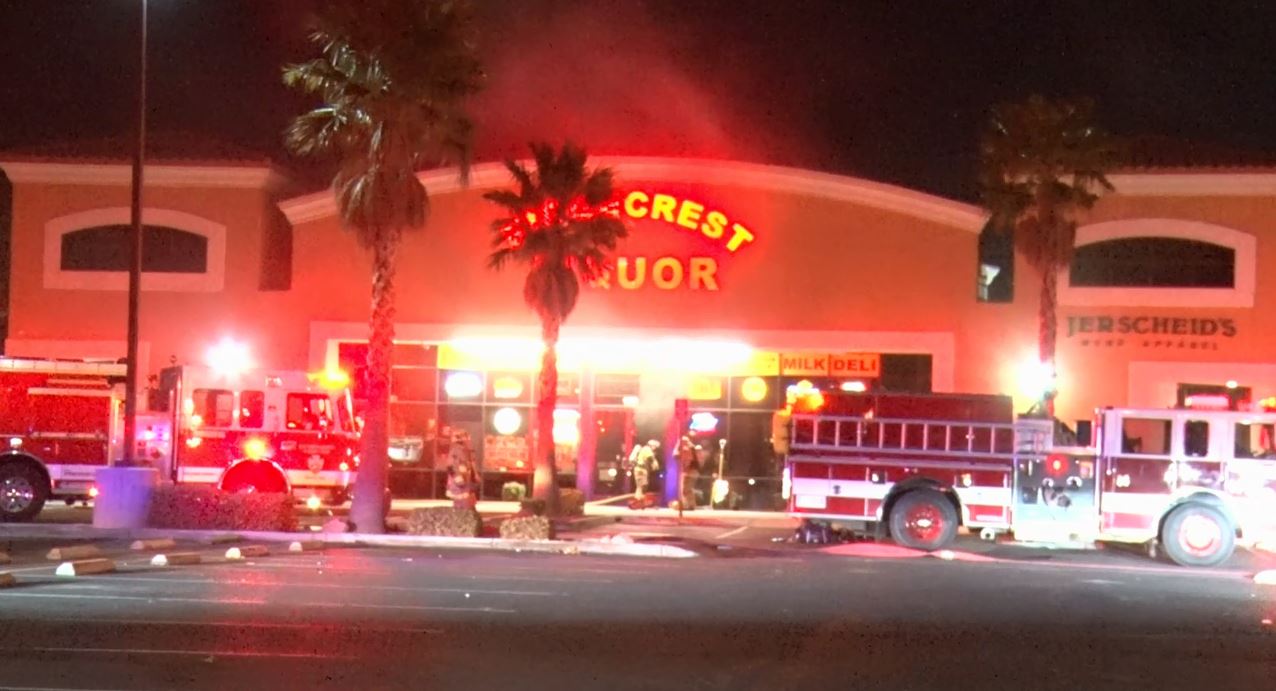 It happened just before 2:00 am, when a sheriff’s deputy observed heavy smoke showing from a commercial strip mall in the 12100 block of Ridgecrest Road near Bear Valley Road.

The deputy determined the smoke was coming from Ridgecrest Liquor and with a fire extinguisher he was able to put out fire prior to firefighters arriving, scanner traffic reported.

Due to the nature of the incident, San Bernardino County Fire responded to the scene with a full commercial response. Fire personal had to cut trough bars in order to get inside the business and used a ladder truck to reach the roof for possible ventilation.

Once inside, firefighters were able to ensure the fire had not spread into the attic or adjacent businesses. Fire crews remained at the scene for several hours to continue with overhaul and smoke ventilation.

A fire investigator was requested to respond to the scene. As of Friday morning, the cause of the fire remains under investigation. 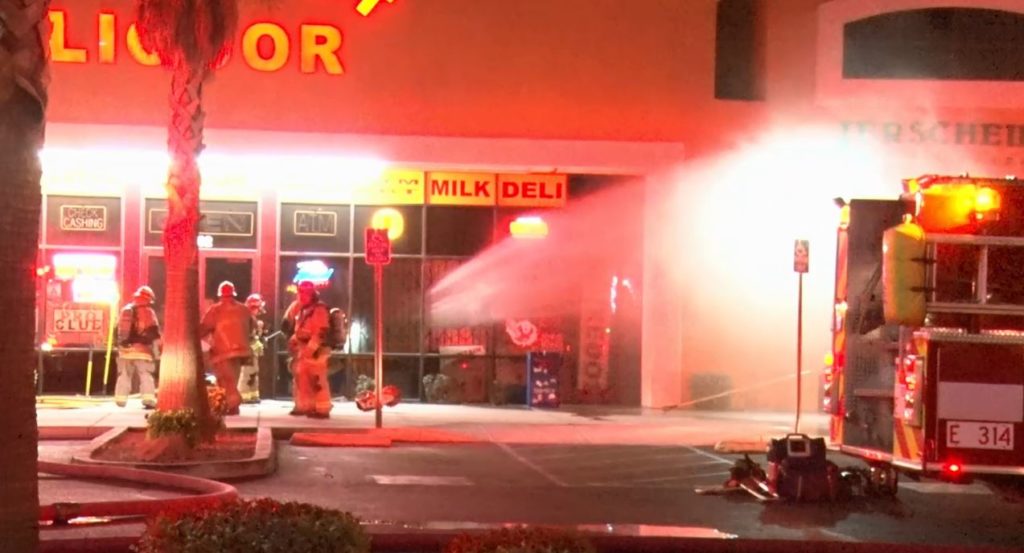 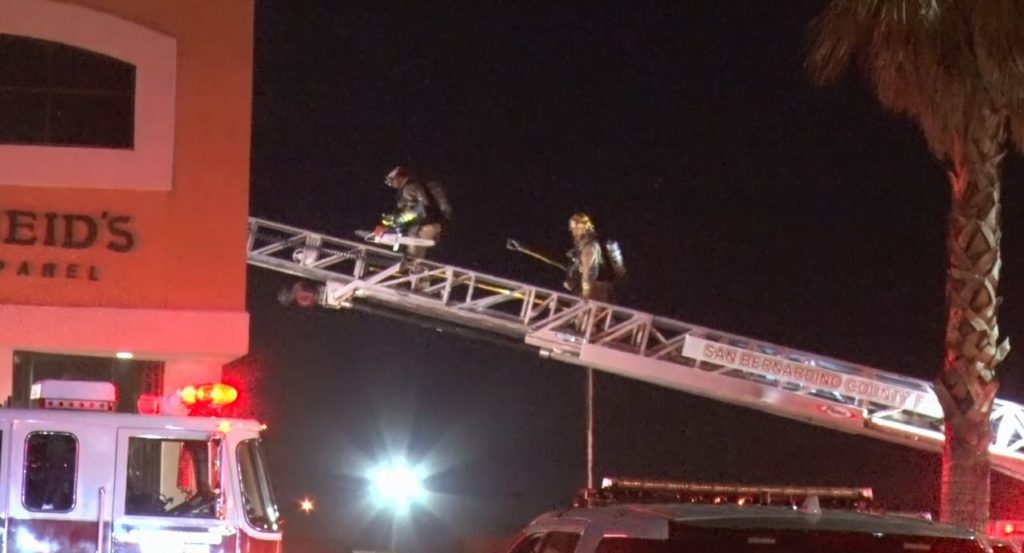