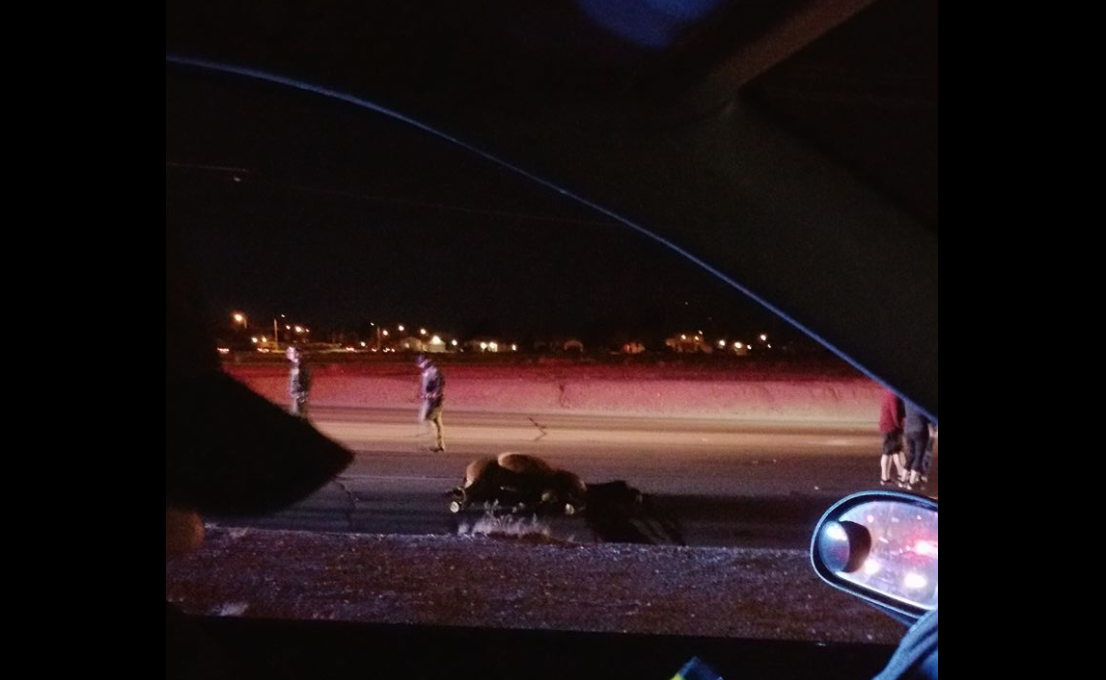 HESPERIA, Calif. (VVNG.com)- Authorities are asking for the public’s help in locating the owner of a horse that was struck and killed on Bear Valley Road Sunday night.

On January 8, 2017, at approximately 6:19 p.m., deputies from the Hesperia Police Department responded to the report of a traffic collision in the area of Bear Valley Road and Fifth Avenue in Hesperia involving a vehicle and an unattended horse.

Upon arrival, deputies were notified by the driver of a vehicle that he was traveling eastbound on Bear Valley Road approaching Fifth Avenue, when a horse entered the roadway directly in front of his vehicle. The driver was unable to avoid striking the horse.

The horse died at the scene and the City of Hesperia Animal Control responded to take possession of the horse.

The driver of the vehicle sustained minor injuries however, he declined medical attention.

The public’s assistance is needed in locating the owner of the horse. Two horses were seen in the area at the time of the collision. Deputies were advised that the owners were attempting to capture one of their horses however, the owners did not respond to the scene of the collision.

Anyone with information regarding the owners of the horse are urged to contact the Hesperia Police Department (760) 947-1500 or Sheriff’s Dispatch at (760) 956-5001. Callers wishing to remain anonymous are urged to call the We-tip Hotline at 1-800-78-CRIME (27463) or you may leave information on the We-Tip Hotline at www.wetip.com.