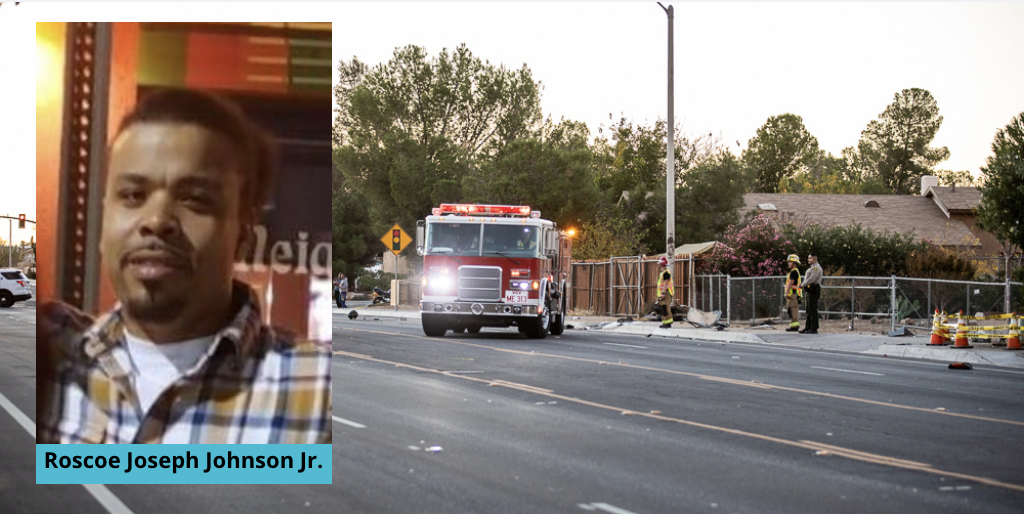 On November 17, 2019, at 3:55 PM, a 911 call was made reporting a motorcycle traffic collision near the intersection of La Mesa Road east of Pacoima Road, in Victorville.

Deputies determined the red Honda motorcycle was traveling westbound on La Mesa Road from El Evado Road when the rider lost control and struck a curb.

The motorcycle rider was ejected during the crash and pronounced deceased at the scene.

“Investigators are looking into whether drugs, alcohol, or vehicle speed were factors in the collision,” the Victorville Police Department stated in a news release.

La Mesa Road in the area of the collision was closed in both directions for several hours while investigators processed the scene for evidence and interviewed witnesses.

Loved ones have planned a candlelight vigil for Roscoe Jr Johnson tonight at 5:00 pm, near the scene of the accident.

Anyone with information or anyone who may have witnessed the collision is asked to contact Deputies A. Zapata or A. Ramos at the Victorville Police Station.