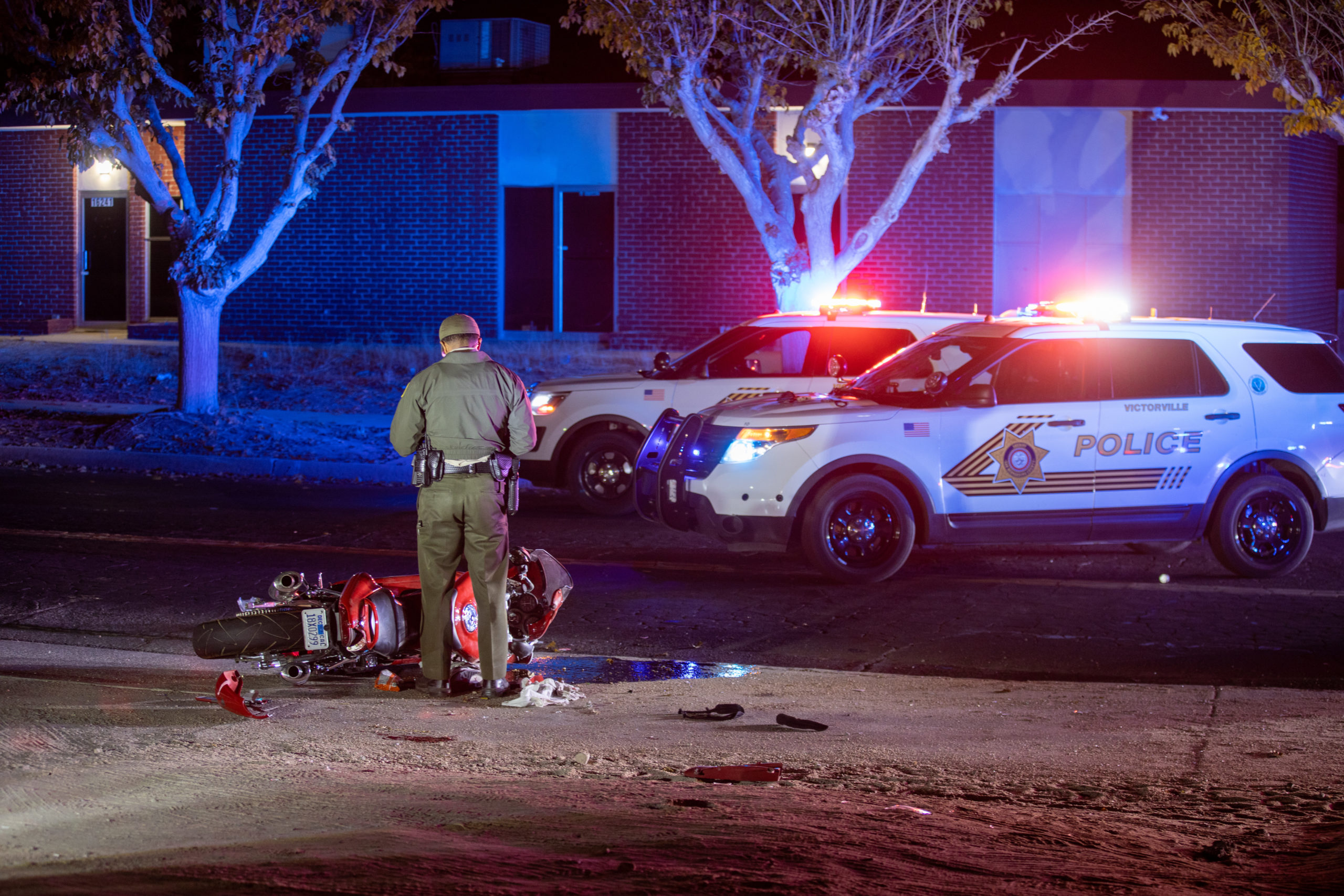 VICTORVILLE, Calif. (VVNG.com) — A motorcycle rider and his female passenger had to be airlifted when they crashed on city streets just moments after driving the wrong way on the freeway.

At about 1:39 am, November 15, 2019, the California Highway Patrol logs reported a red motorcycle driving the wrong way on the 15 freeway near Bear Valley Road in Victorville.

The rider lost control after turning onto Victor Street near Loves Lane, causing the bike to go down.

Two helicopters were requested to land at the SB County Fairgrounds to transport the man and woman to a trauma center.

The extent of their injuries is unknown at this time. However, both injured riders were conscious during transport.

Authorities are investigating to determine if drugs or alcohol were a contributing factor in this collision.

The investigation is being handled by the Victorville Police Department and anyone with information is asked to call 760-241-2911.