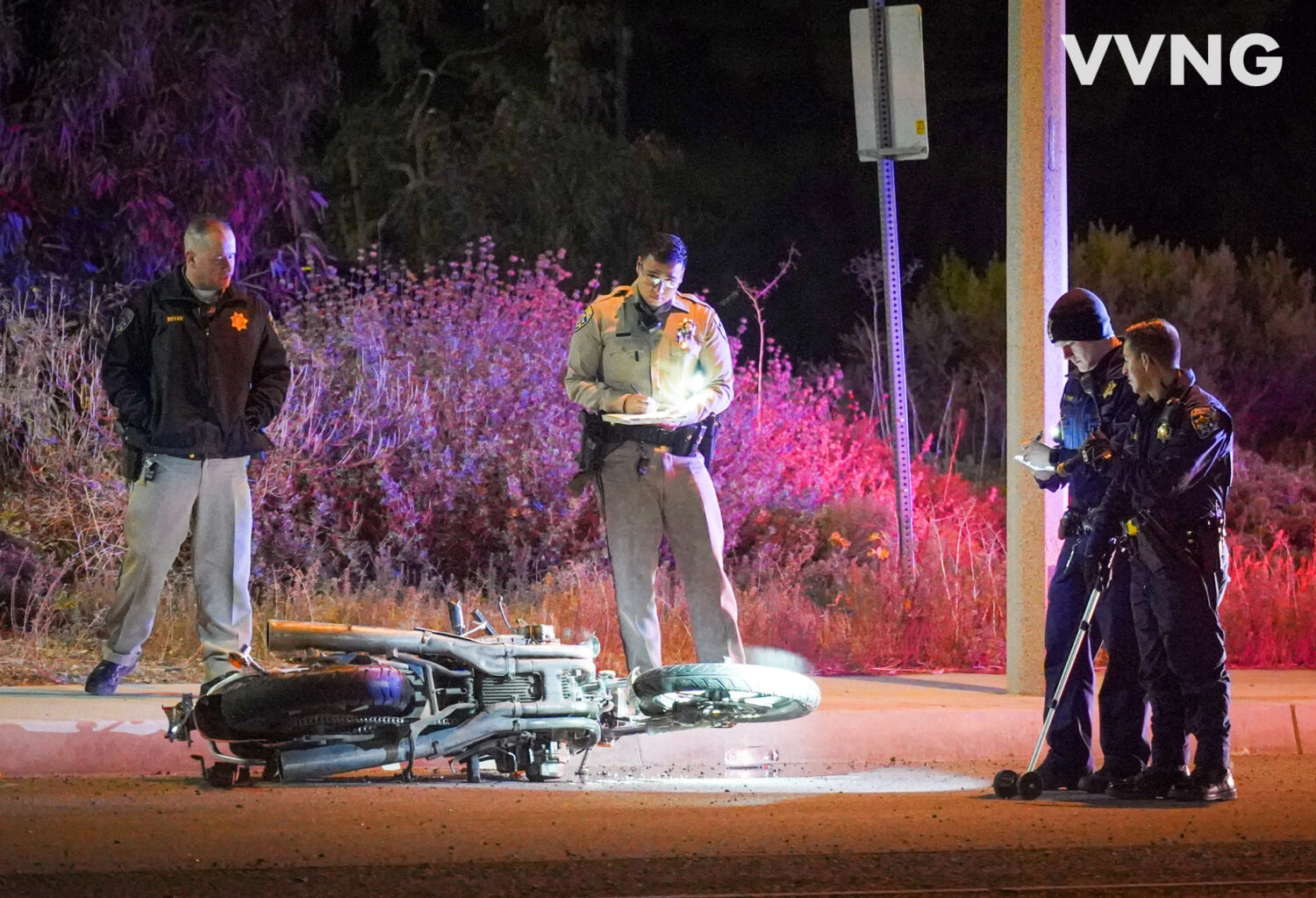 The crash happened at the intersection of Phelan Road and Sheep Creek Road at approximately 6:17 p.m., November 25, 2022, and involved a black motorcycle and a minivan.

Per CHP logs, the rider was down on the ground and the motorcycle was blocking the roadway following the crash.

San Bernardino County Fire arrived onscene and found the rider in critical condition. A helicopter was requested to land nearby at Stater Bros Market to further transport the rider to Loma Linda University Medical Center.

The driver of the minivan remained at the scene and cooperated with officials, and was able to drive away from the scene a short time later, without needing tow truck assistance.