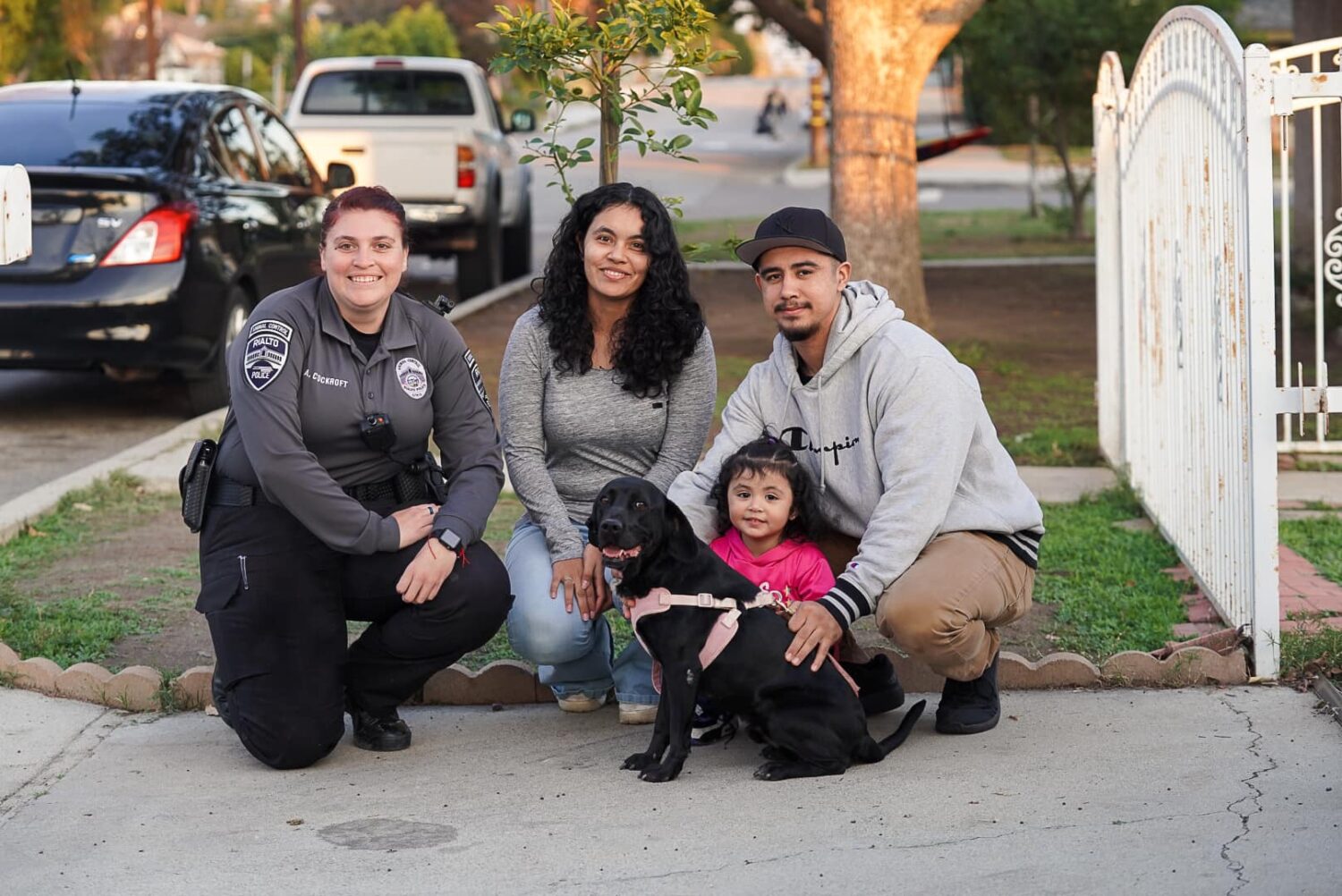 RIALTO, Calif. (VVNG.com) — A dog named Hunter was reunited with his family in Rialto after he was stolen two years ago.

On December 13, 2022, Animal Control received a call for service for a stray dog on a school campus in the 200 block of West Randall Avenue.

The Rialto Police Department when animal control arrived the dog was seen being very friendly with children and staff coming into the school. The stray dog was found to have a microchip.

Microchips are tiny transponders, about the size of a grain of rice, that can be implanted in your pet’s skin by many veterinarians and animal shelters; some shelters implant one in all pets they place.

The animal control officer contacted the microchip company to obtain the owner’s information in an attempt to reunite the dog with his owners.

The microchip company provided the officer with the requested information and learned the dog was named Hunter.

“We were able to find the Luna family who informed us their dog, Hunter, was stolen from the family 2 years ago and had been missing ever since,” stated the Rialto Police Department in a Facebook post.

Rialto PD said it’s a great reminder to have pets microchipped so they can be reunited with their owners if they ever go missing.

How long does a microchip last in a dog?

“When a microchip scanner is passed over the pet, the microchip gets enough power from the scanner to transmit the microchip’s ID number. Since there’s no battery and no moving parts, there’s nothing to keep charged, wear out, or replace. The microchip will last your pet’s lifetime.”