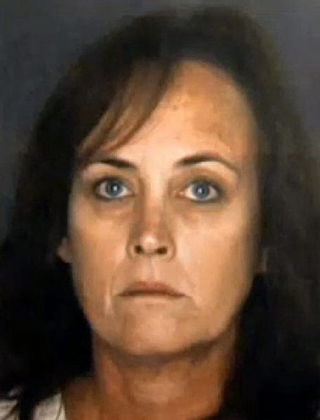 RANCHO CUCAMONGA-(VVNG.com): Former Rialto Unified School District accountant, Judith Oakes, 50 of San Bernardino was arrested on August 7th by the Rialto Police Department after she was recorded stuffing school lunch money into her bra. Oakes plead guilty to 8 counts of Misappropriation of Public Funds in a San Bernardino County court on December 4th for embezzling $1.8 million.

“After so many years of theft, the victims can now feel confident that justice was served today,” said Deputy District Attorney Jason Liso, who prosecuted the case. “Hopefully this sends a strong message that our public servants will be held accountable for their actions when they decide to abuse the public trust.”

Oakes is currently in custody at Glen Helen Rehabilitation Center in the city of Devore on $1,800,000 bail.