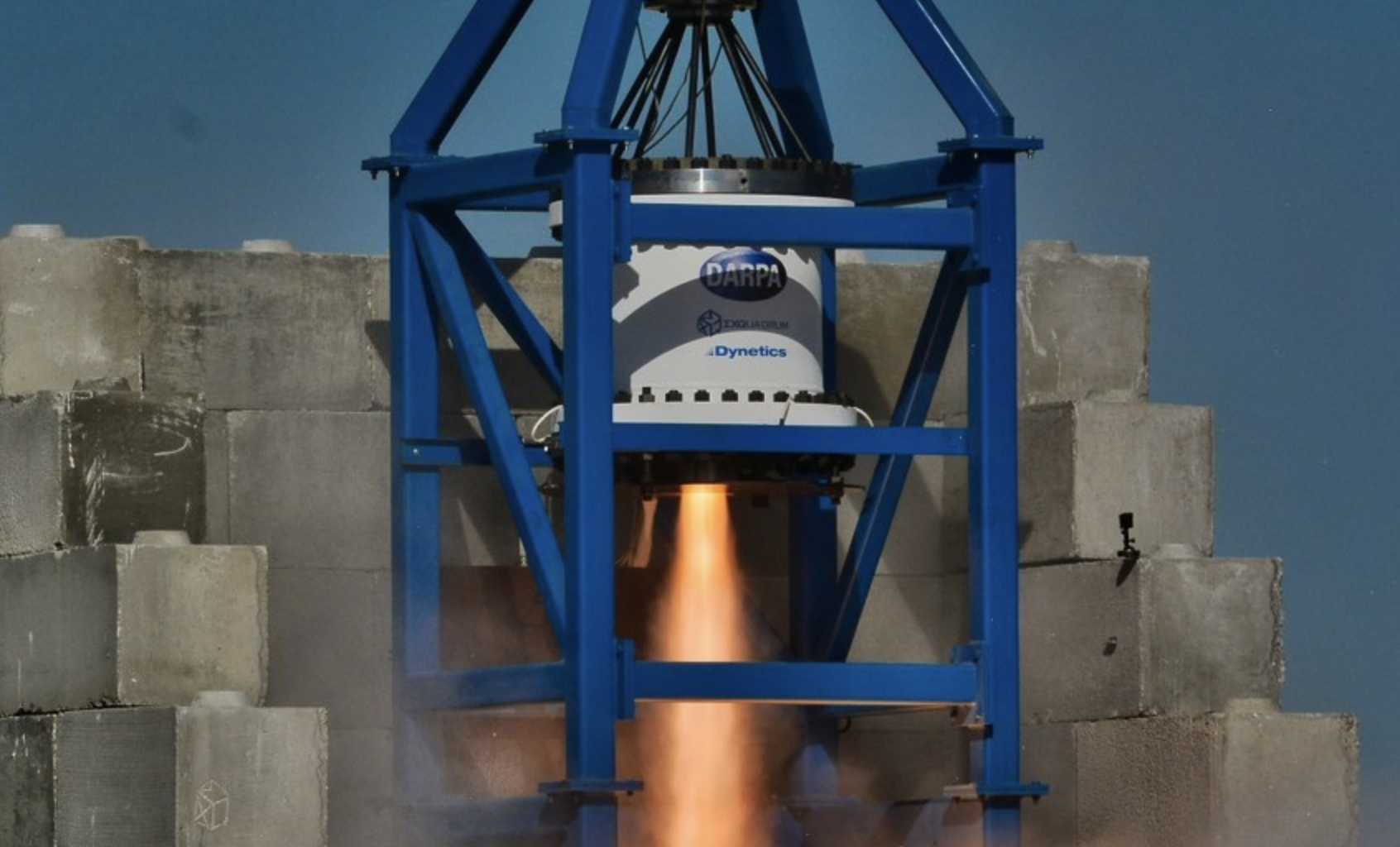 The technology maturation event (TME) test demonstrated Exquadrum’s innovative rocket propulsion system at full-scale at Exquadrum’s rocket test facility at the Southern California Logistics Airport in Victorville, CA. This test is the culmination of the Phase 1 portion of the $15.1M prime contract, which was awarded to Exquadrum in September 2018.

The team of Exquadrum and Dynetics, of Huntsville, Alabama, are working jointly to develop the second stage of the OpFires weapon system.

Exquadrum has been awarded the Phase 2 option on the contract, which will develop and demonstrate a flight-weight stage in preparation for a flight test program. The overall program aims to develop and demonstrate a novel ground-launched system for hypersonic boost glide weapons to penetrate modern enemy air defenses and rapidly and precisely engage critical time sensitive targets.

“DARPA challenged Exquadrum to take our innovative propulsion technology from a pre-proposal feasibility test all the way to a full-scale demonstration in one year and Exquadrum, along with our partner, Dynetics, achieved that goal!” said Kevin Mahaffy, Chief Executive Officer of Exquadrum. “The Exquadrum-Dynetics team is now building on the demonstrated success of the TME rocket test as we evolve the technology to a flight-weight design.”

“For the past year, our engineers have worked diligently to design and test the booster system and meet the hot-fire test’s objectives. This test shows our ability to collaborate with Exquadrum and execute efficiently on a program that is essential to our nation’s defense. We are looking ahead to our next milestone and successfully providing the necessary information for crucial weapon systems,” said Andy Crocker, Dynetics Director of Strategy for Space.

Phase 1 has demonstrated the team’s critical technologies over 12 months and included a Preliminary Design Review, culminating in the system-level hot-fire TME test of the propulsion system. The award of the Phase 2 option, will mature the propulsion system and the booster design over an additional 12 months, highlighted by a Critical Design Review and flight-weight system demonstrations.

Both companies have previously supported DARPA on technology advancement projects. Exquadrum was also a prime on the Force Application and Launch from Continental U.S. (FALCON) program. Dynetics was selected as the final performer for Gremlins, an aerial launch and recovery of low-cost, reusable unmanned aerial systems (UAS) demonstration program. Additionally, Dynetics is a prime contractor for the Mobile Force Protection program.