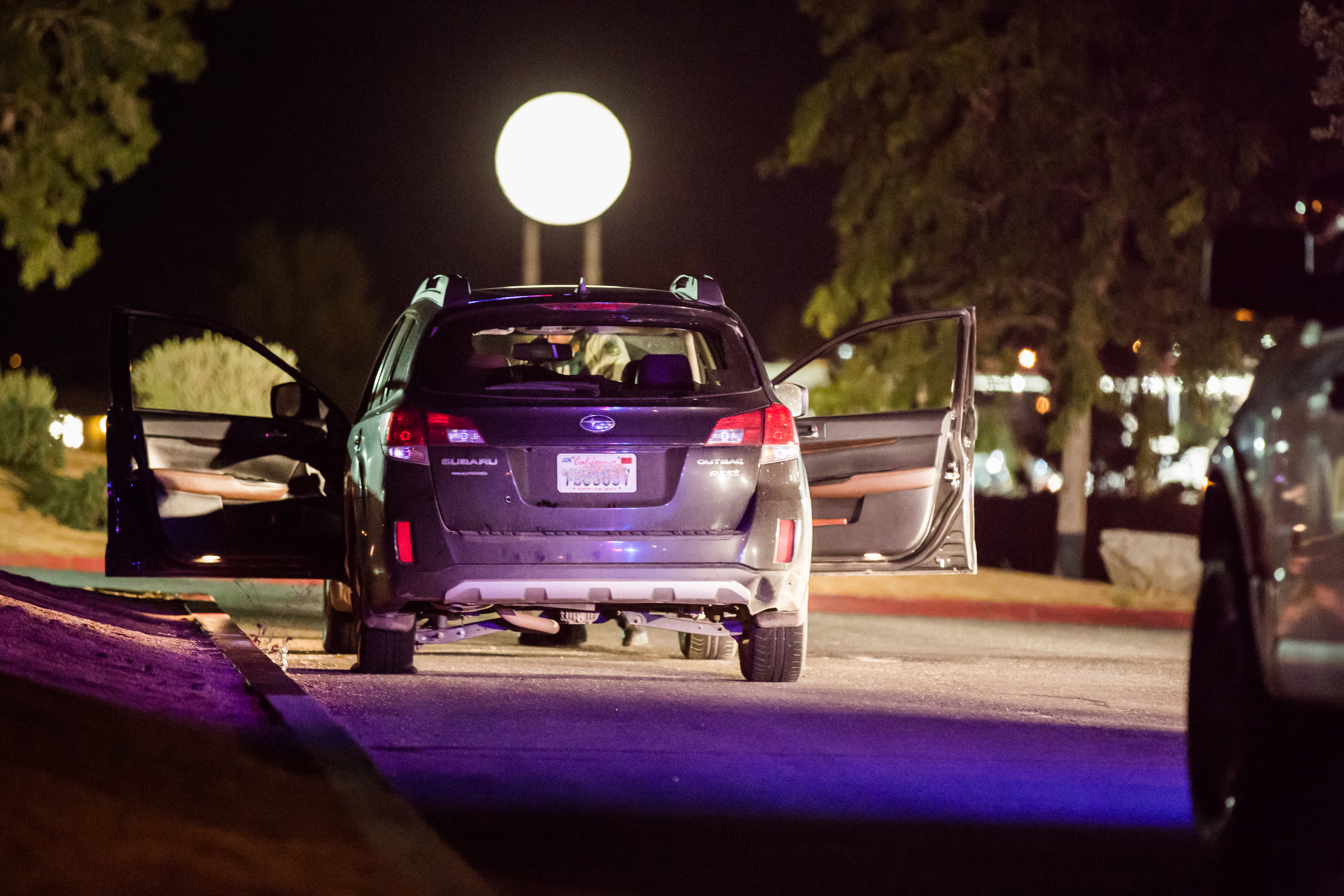 His arrest was made nearly a year later after an investigation led by the San Bernardino County Sheriff’s Department. The criminal complaint resisting an executive officer was issued Friday, which led to an arrest Monday morning at around 8:30 a.m.

The incident occurred on June 20, 2015,  at 8:00 p.m. at the San Bernardino County Fairgrounds, which at the time was being used as a command post for the North Fire. Gocke, 61 was allegedly involved in an altercation with Forest Service Law Enforcement officer, now identified as Ty Davis when he was non-compliant with security at the scene.

Davis attempted to make contact with Gocke, who for unknown reasons, attempted to flee dragging the officer behind the vehicle according to a previous Victor Valley News report. Davis fired his weapon striking the vehicle numerous times, shattering the rear window and flattening the tire of the Subaru Outback.

No arrests were made on the night of the incident. San Bernardino County arrest records indicate that Gocke was released on bail just two hours after his Monday morning arrest. Gocke has no court appearances scheduled at this time.

This is not the first time Gocke has had his name involved with possible misconduct. A January 24,1990 UPI News article, written by Carol Baker described a 1988 excessive force and wrongful arrest case against Gocke and two others.

That incident occurred on June 30, 1988, at a Victorville party where Deputy Mark Swagger, Tim Miller, and John Gocke, who was a Sergeant at the time were allegedly caught on tape striking the inebriated Hispanic men, continuing to kick them after they were already down.

The plaintiffs were awarded $956,000 in damages, that it is unclear if it was a personal debt or if San Bernardino County was held responsible.