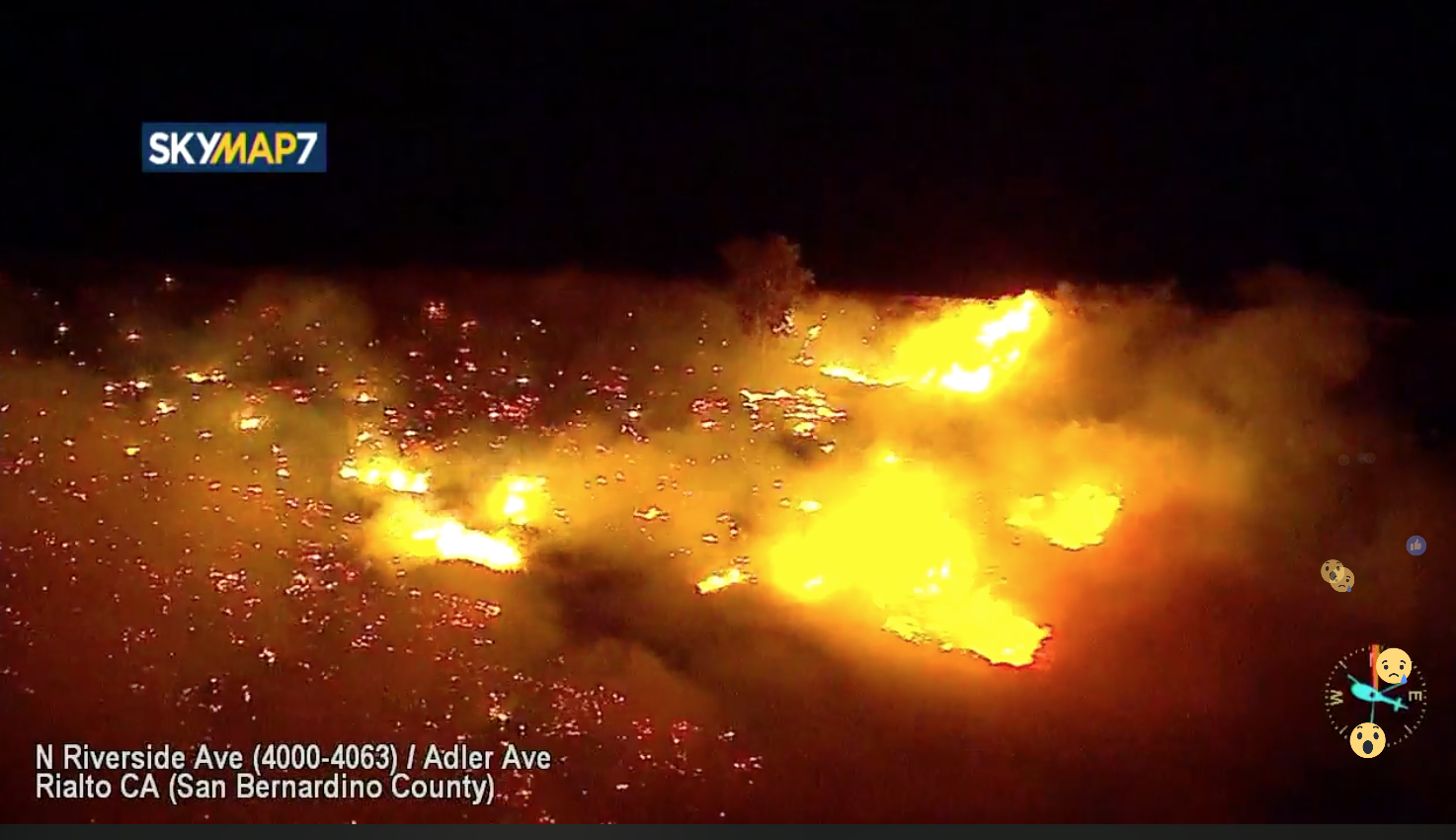 RIALTO, Calif. (VVNG.com) — Fire crews are aggressively fighting a wind-driven vegetation fire in the city of Rialto, just south of the 15/215 interchange.

The fire, dubbed the #SierraFire was reported to be 2-3 acres just before 10:00 pm, in the area of Sierra and Riverside Avenues with heavy fuels and a rapid rate of spread.

The winds quickly pushed the fire south and dangerously close to the Ferguson Park neighborhood and caught several backyards on fire.

By 10:20 pm, the fire had quickly grown to 20 acres and was threatening multiple structures.

A channel 7 news helicopter broadcasting live over the fire showed dramatic images of residents fleeing from their homes as they evacuated.

According to Channel 7, there are currently no air assets available and ground crews are at the scene.

This is a developing story and information will be updated as it becomes available.