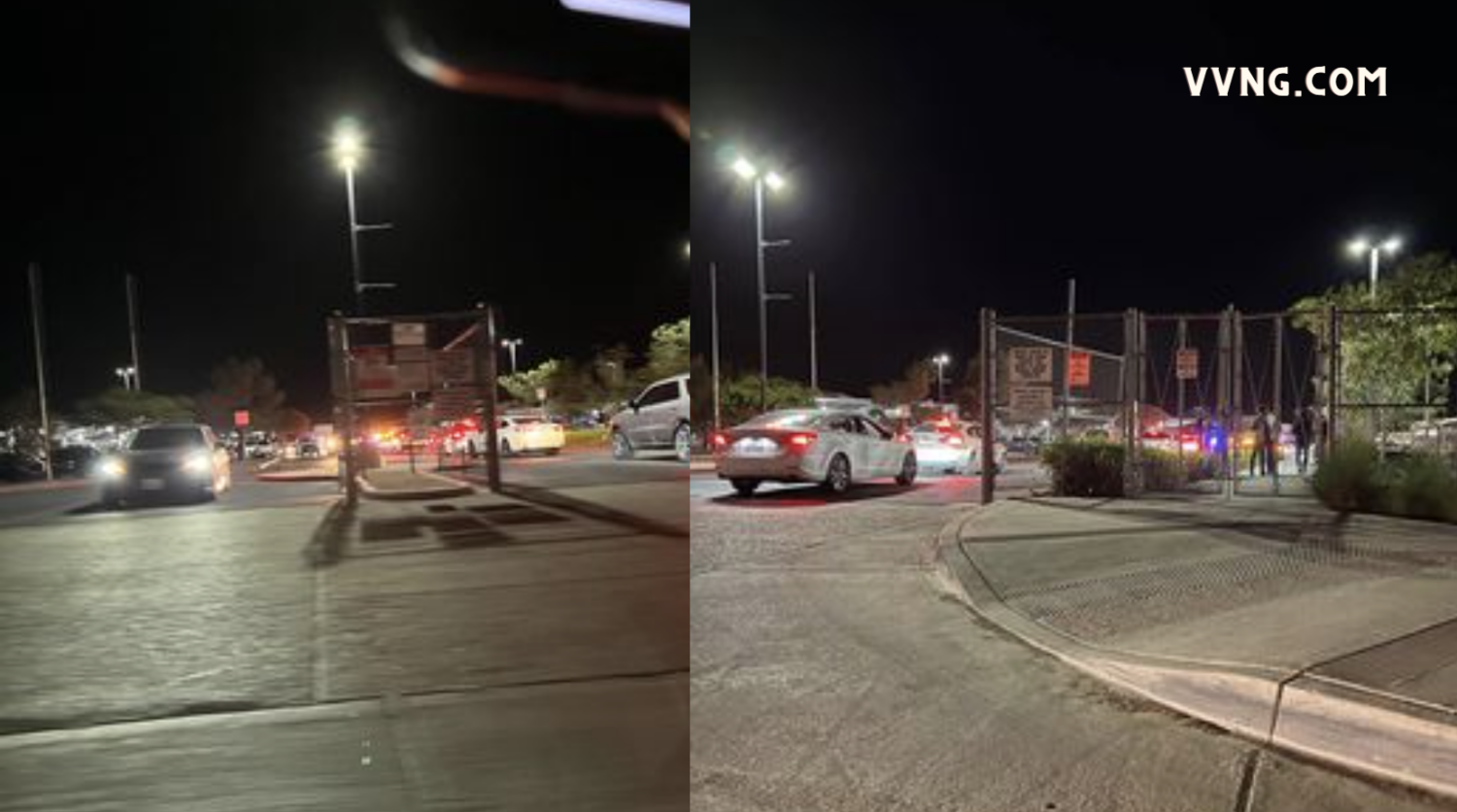 UPDATE: VVNG received a cell phone video from a person that was filming from the parking lot at the time of the reported shooting. In the video, you are able to hear 3-5 gunshots before the crowd disperses and starts running in many directions.

“Tonight, at approximately 8:40 PM upon conclusion of Silverado’s Home Football Scrimmage vs. Serrano High School, there was a report of approximately 5-6 gunshots fired in the parking lot near the 4500 Portables/Gym Area at Silverado High School. Fans from the game were departing at that time. Emergency services were called immediately. Fire and Police responded. A shelter in place of all remaining players, students, and spectators was initiated inside the Stadium. At this time, there have been no victims identified. This is still an ongoing and active investigation. Anyone with pertinent information is urged to come forward by contacting a school official or local law enforcement. There will trauma-trained mental health clinicians present at Silverado on Monday morning to assist any students who would benefit from support following this unfortunate incident. Updated information will be made available to the Silverado community as it becomes available to us.”

VICTORVILLE, Calif. (VVNG.com) — No gunshot victims have been located after reports of a shooting at Silverado High School in Victorville, officials confirmed.

The sound prompted many people to hide in place including the cheerleaders inside of the locker room. A sheriff’s aviation helicopter responded to the scene and provided ground deputies with additional support.

“Deputies and emergency medical personnel are on scene. No gunshot wound victims have been located,” stated Rodriguez.

Firefighters from Victorville Fire responded to the incident and reported they had an assault victim with an injury to the ankle.

The spokeswoman said that no suspects have been identified at this time and the investigation is still active.

Check back later for more information as updates will be updated as they become available.