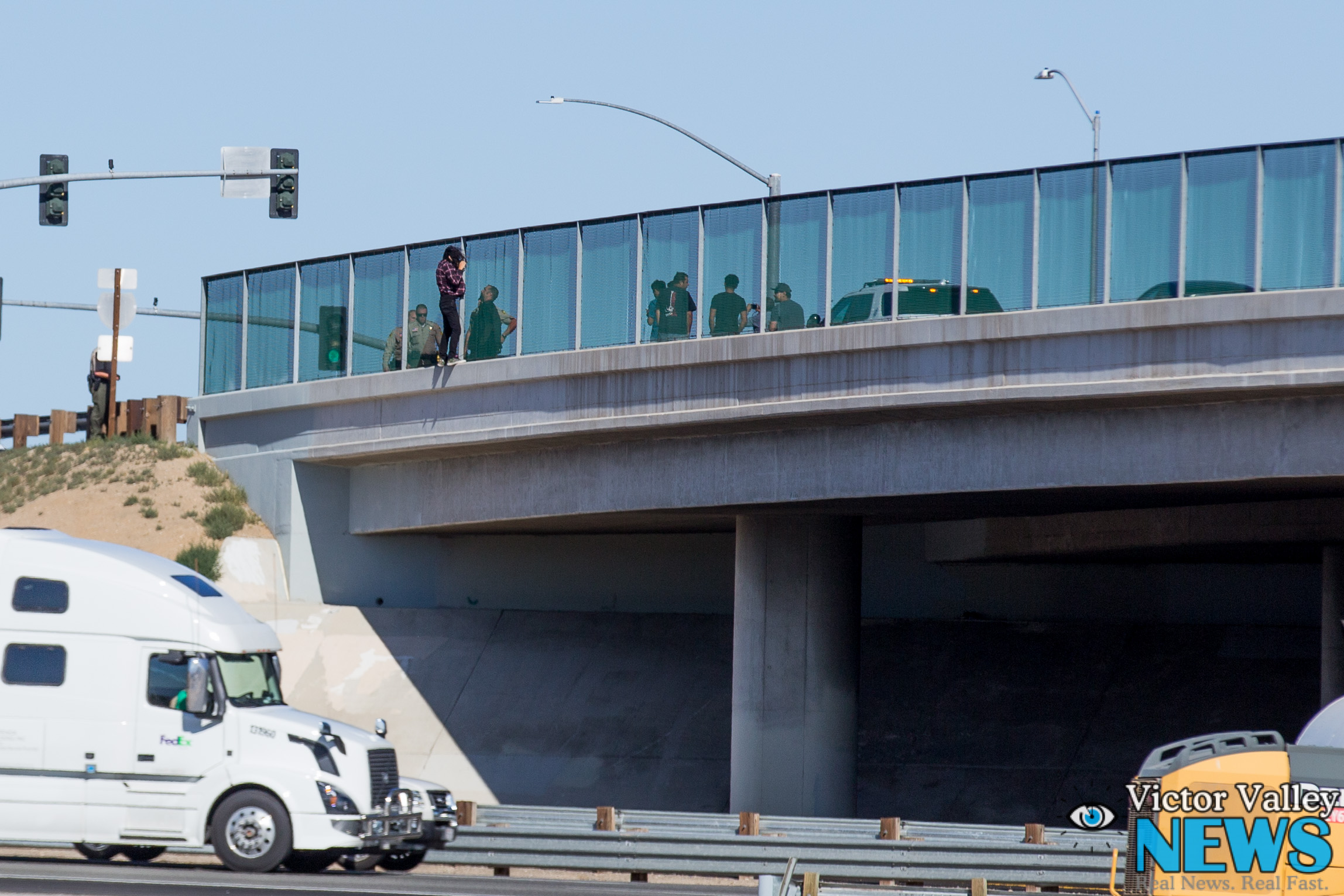 VICTORVILLE-(VVNG.com): At around 8:41 a.m. on Friday. April 22nd a male juvenile was reported to be on standing on the freeway side of the fence at the Bear Valley bridge in Victorville.

According to CHP officials, the southbound lanes of traffic were stopped while authorities talked the 17-year-old  juvenile down from the freeway fencing.

A ladder truck was used to reach the subject, who was safely down from the overpass at around 9:18 a.m.

Traffic was reported to be backed up to just north of Nisqualli Road. No one was injured as a result of this incident.