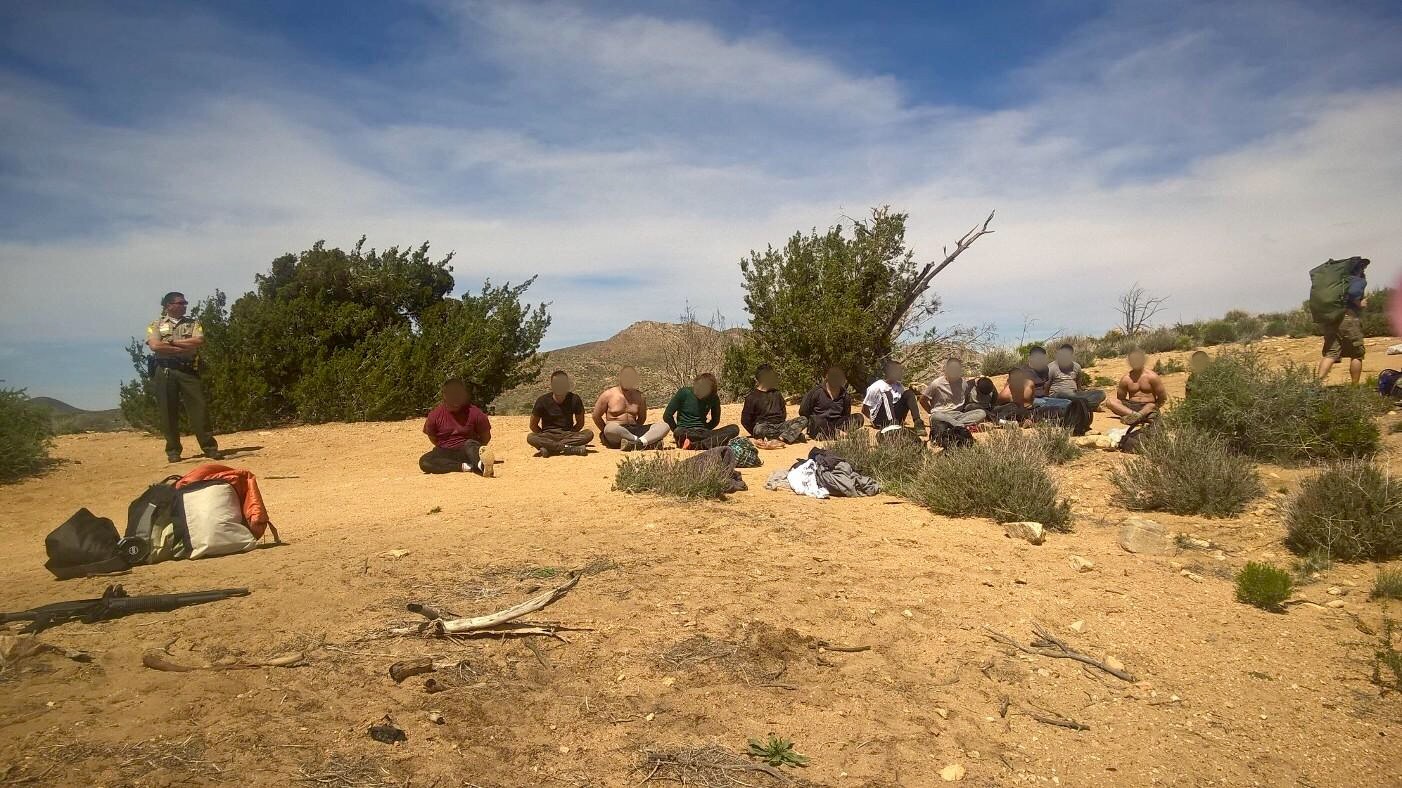 Per scanner traffic, the reporting party told dispatchers that there were fifteen or more possibly armed men of middle eastern descent that camped out at the location chanting loudly through the night in what was believed to be their native language. Some of the men, believed to be in their 20’s went to a secluded area to shoot at around 3:00 a.m. Witnesses said that the shots fired sounded louder than that of handguns.

The men continued to hike for around 20 minutes with backpacks and other bulky items. During the hike, the men reportedly huddled up in possible discussion and at one point split up into two groups.

When deputies approached the men all complied and were patted down. After all were patted down and cuffed, deputies requested an area search since they believed they could have ditched weapons while hiking the trails. Deputies searched for over an hour and did not locate any weapons left behind.

It is unclear if any weapons were located in the possession of the suspects. San Bernardino County Sheriff’s Spokeswoman, Olivia Bozek said, “The deputies detained the subjects and from what I was told they are going to be transported to the High Desert Detention Center.  I do not know what charges they are going to be booked for.”

This story is continuing to develop and more information will be updated as it becomes available.

For the latest news in real-time be sure to join our Facebook group Victor Valley News with over 65,000 members: www.facebook.com/groups/victorvalleynews

This image is being used in accordance with the Fair Use Act Disclaimer. (Photo credit IMGUR)